A Non-Governmental Organisation has written to the National Drug Authority demanding that vital information concerning the supply of fake Hepatitis B drugs be made public, in line with the Access to Information Act, 2005. 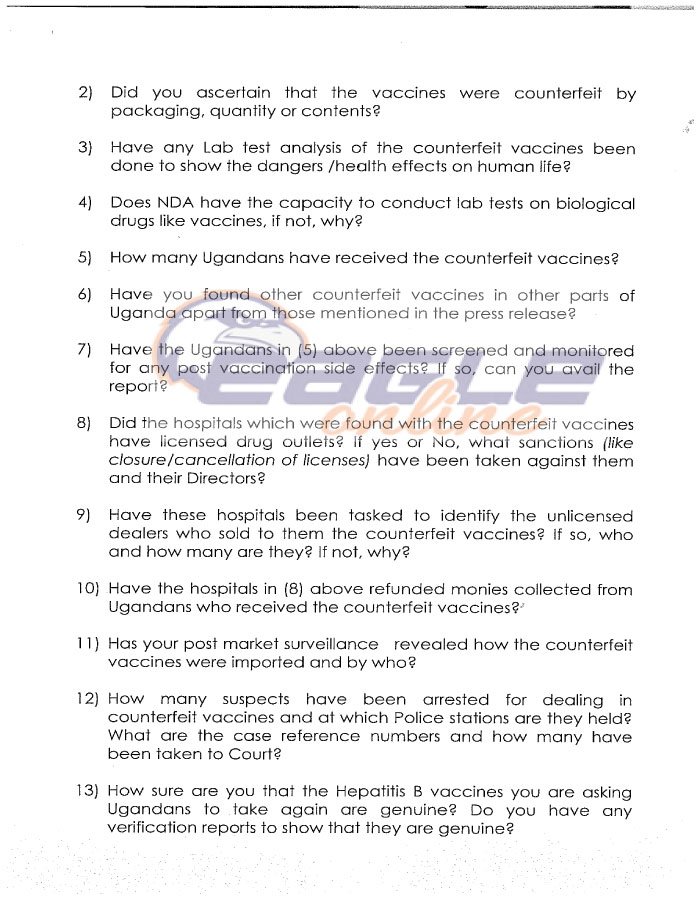 This development follows a press release by NDA, which the Anti-Counterfeit Network (ACN) says, is cagey about vital information that includes among others, the qualities of impounded counterfeit Hepatitis B vaccines and how have they been stored or disposed of. 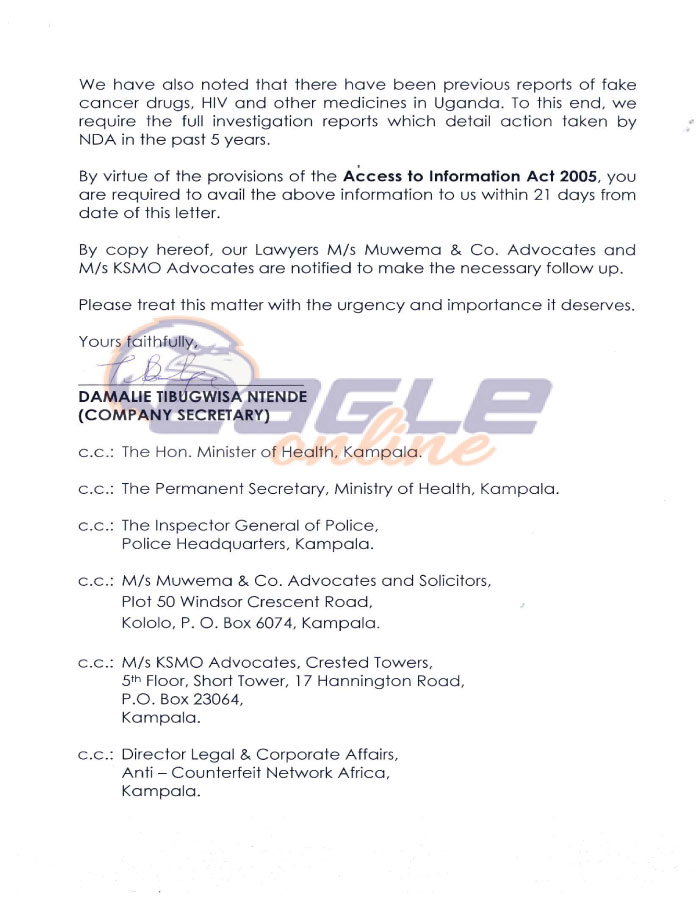 “In response to the NDA press release of March 13, 2018, which notified the general public about counterfeit Hepatitis B vaccines found in some areas of Uganda, ACN is preparing a public interest law suit in which all persons affected can obtain redress and all culprits can be held accountable in accordance with the law. This action is intended to strengthen protection of our collective public health for the public good,” reads the letter from ACN Company Secretary Damalie Tibugwisa Ntende, addressed to the NDA Executive Director.

The ACN is a private sector multi-stakeholder organization aimed at bridging the intervention gaps between those affected by and those who effect counterfeits.

These are among the many questions ACN want to be answered within 21 days, failure of which will lead to a lawsuit filed against NDA.

“We have also noted that there have been previous reports of fake cancer drugs, HIV and other medicines in Uganda. To this end, we require the full investigation reports which detail action taken by NDA in the past five years. By copy hereof, our lawyers M/S Muwema and Company Advocates and M/S KSMO Advocates are notified to make the necessary follow up. Please treat this matter with the urgency and importance it deserves,” the CAN further said.

Earlier, the NDA had admitted finding the fake drugs in eight Kampala hospitals and clinics and, in the major towns on Mbarara, Mbale and Entebbe.

Meanwhile, sources indicate that about 30 employees of Kinyara Sugar Works suspected of suffering from Hepatitis B have been stopped from work.