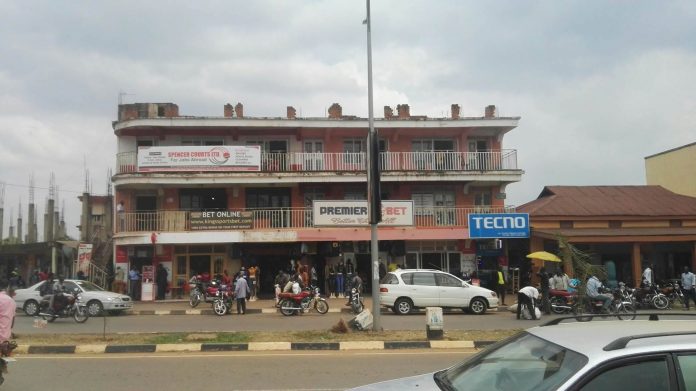 The eviction order, also stopping the notorious pastor from collecting the rent from tenants of the said building was made by Her Worship Lillian C.N Mwandha on January 23, 2020 in the absence of Pastor Mukhono who is wanted by the same court on various cases related to land grabbing as well as others. 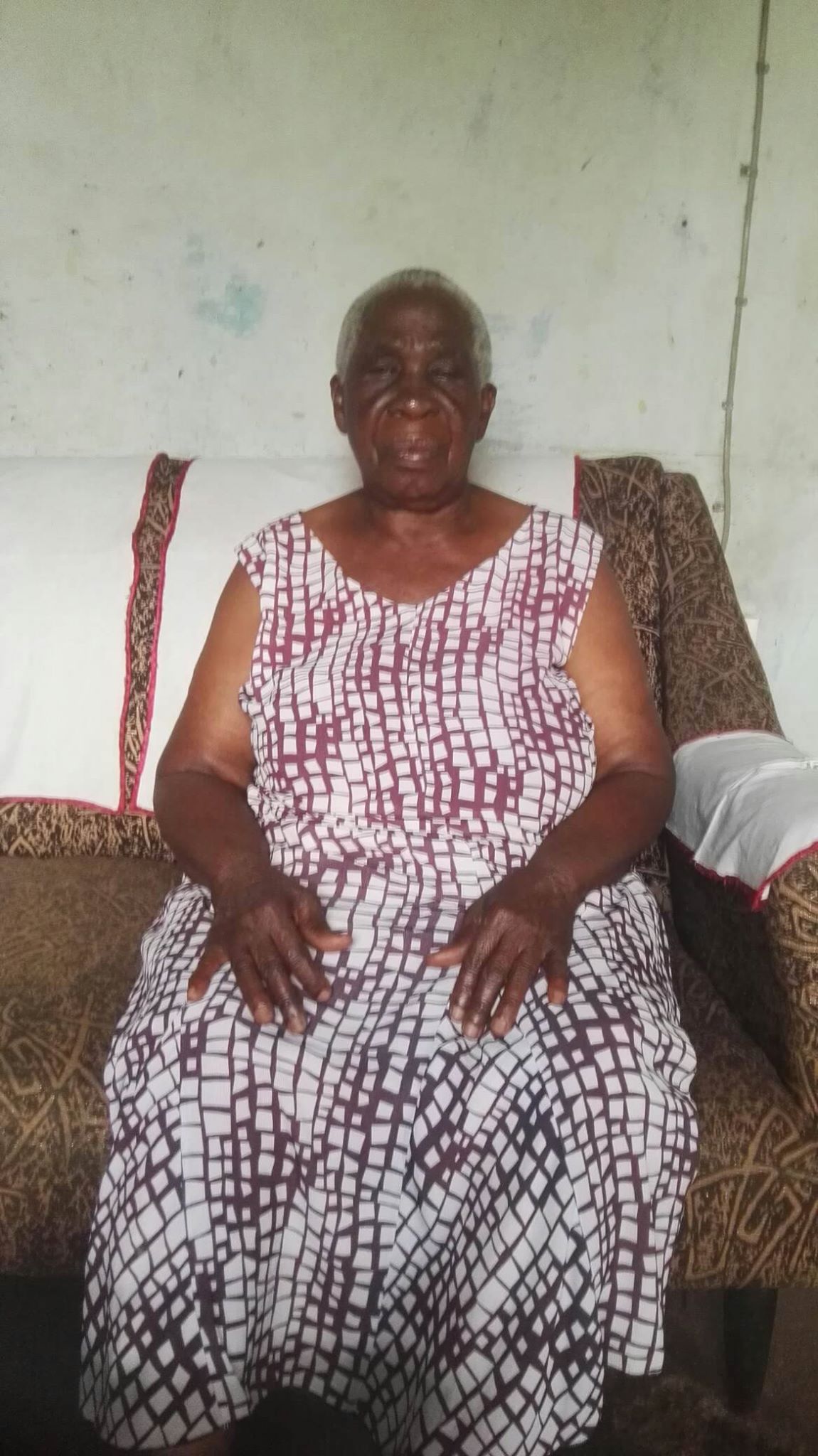 Mukhono, who some sources say financially comprises some of the security officials in the district, is into hiding and security in the whole Bugisu sub region has failed to trace his whereabouts as plaintiffs he grabbed their land from continue to suffer in court.

According to available records, Pastor Mukhono’s church was supposed to help the old woman Alice Kimono Kimaswa build a commercial building after which they would discuss how to compensate the church but upon finishing three floors, Mukhono turned against Ms Kimaswa and claimed ownership of the property located in Mbale’s city centre.

However, Ms Kimaswa says she also contributed money as a church member to kick start the project, only for the pastor to turn against her and look for ways of chasing her from her property. Mukhono had by force brought his family to stay on the old woman’s property despite protests from her family.

He would later in 2010 sue Ms Kimaswa claiming she was disorganising the construction process. Court did not agree with him and instead gave give a go ahead to finish the building, give Shs650,000 per month to the old Kimaswa but he never fulfilled any of the directives, claiming he has his own “heavenly powers)and that he does not respect court processes.

The eviction order also bars Mukhono from collecting rent from the old Alice Kimono Kimaswa’s property which has three levels. He has been collecting rent since 2006, without accounting for the funds.

Widow Kimaswa’s lawyer, Samuel Wekoye has written to tenants stopping them from paying monthly rent to Mukhono and now instead it will be paid to Ms Kimaswa, the true owner of the property as per available documents, including a land title and lease.

When asked Ms Kimaswa lauded her lawyer Wekoye and the court for “doing the right thing” at last as she has been in court since 2010 when Mukhono sued her. Ms Kimaswa has spent over Shs100 million and in legal fees and other costs and would want that money recovered when the main case (Civil Suit No.40 of 2019) is concluded as said by Her Worship Lillian C.N Mwandha.

Ms Kimaswa had tried several approached to have Mukhono evicted from her property. She had tried politicians and police but all these never gave any help. She also registered her case with Justice Catherine Bamugemereire’s land commission but the widow was never helped for unknown reasons.

Records also show that Mukhono has not been compliant in paying tax to URA much as he claimed to be the landlord of the said property. Sources say he has been conniving with some of officers URA Mbale Branch.

Ms Kimaswa says she will consult her lawyers to see how she can pay the URA taxes, even though officials in URA Mbale Branch have some questions to answer as regards documentation.

Meanwhile Mukhono’s first lawyer, Magellan Olubwe of Olubwe & Co. Advocates deserted him after realising he could not win the case. Mukhono had to rely on the services of a second lawyer, Ronald Wetete who also could not stop court from issuing the order as he had no valid arguments.

On November 26, 2012; Justice V.T Zuhurikize while still at Mbale High Court issued a consent decree between the two sides, but it did not favour widow Alice Kimaswa as it favoured Pastor Mukhono, who started operating on the former’s plot from 2006 and has been collecting the rent he has never accounted for.

One of the directives was that Mukhono pays the old woman Shs650,000 per month as he completed the building. He never completed the building and stopped paying the old lady the money. Instead he used the money collected as rent from her property to set up other businesses in town, including a commercial building in Doko a few kilometres from Mbale’s city centre.

Her Worship Lillian C.N Mwandha established that order was wanting, as it lacked signatures key court officials and therefore dismissed it. 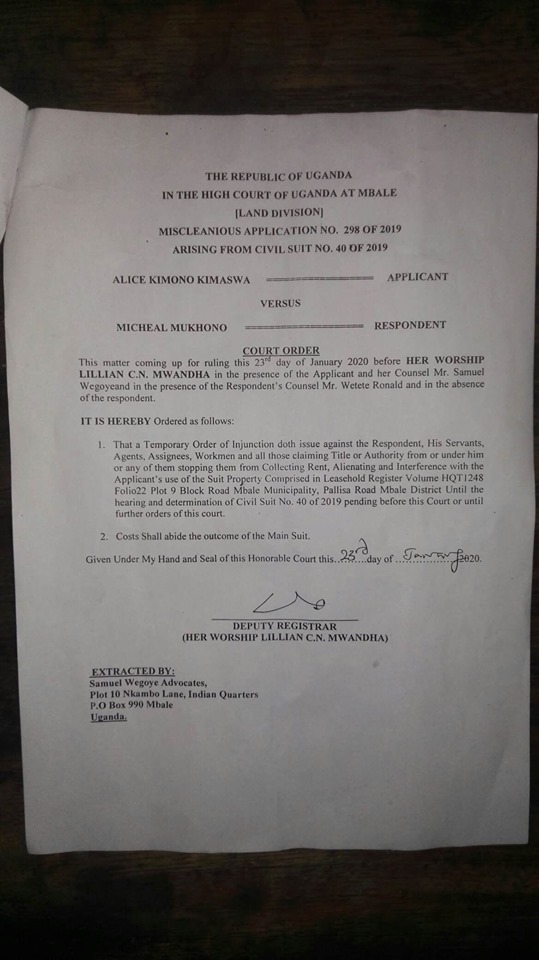 The Ministry of Justice and Constitutional Affairs recently released a list of lawyers who are not supposed to represent anyone in court yet Olubwe does so under the watchful eye of Mbale High Court officials.

Residents of Namabasa also want the self-styled priest to be evicted from their area because he is a big problem to them. But they say the RDC Barasa Ogajo has always defended the man who also keeps a group of criminals who beat those opposed to him.

Mukhono not long ago organised his men who seriously beat and injured UMEME workers who had gone to disconnect his buildings due to nonpayment of electricity bills. That case is recorded at Mbale Central Police Station. Days ago his men also beat up residents over land, one is nursing serious injuries at Cure Hospital in Mbale.

Mukhono is also on record for attempting to grab about 70 acres of land from a family in Doko, neighbouring on Mbale-Tirinyi road the Sino-Uganda Industrial park in Mbale being developed by Tian Tang Group.