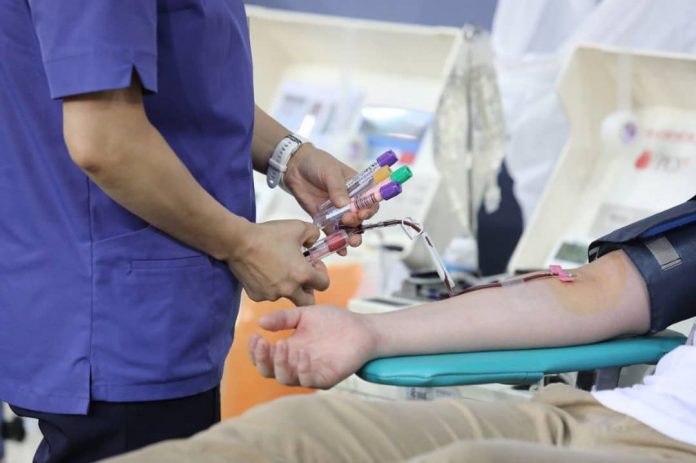 It will be held at the indoor stadium of the DaeguAthletics Promotion Center for about three weeks starting from the 16th to the 11th of next month.
4,000 people will participate, including 1,700 who participated in the first and second rounds.

□ The Shincheonji Church of Jesus, the Temple of the Tabernacle of the Testimony (President Lee Man-hee, hereinafter referred to as the Shincheonji Church of Jesus) announced that the 3rd group plasma donation which is the scale of 4,000 people for about three weeks from the 16th to the 11th of next month for the development of Covid 19 treatment.

□ Last month, the Korea Center for Disease Control and Prevention asked  Shincheonji Church of Jesus for cooperation in plasma donation, saying, “With the continuous outbreak of Covid 19 at home and abroad and no effective treatment, it is necessary to develop a faster blood plasma treatment system through group plasma donation.” 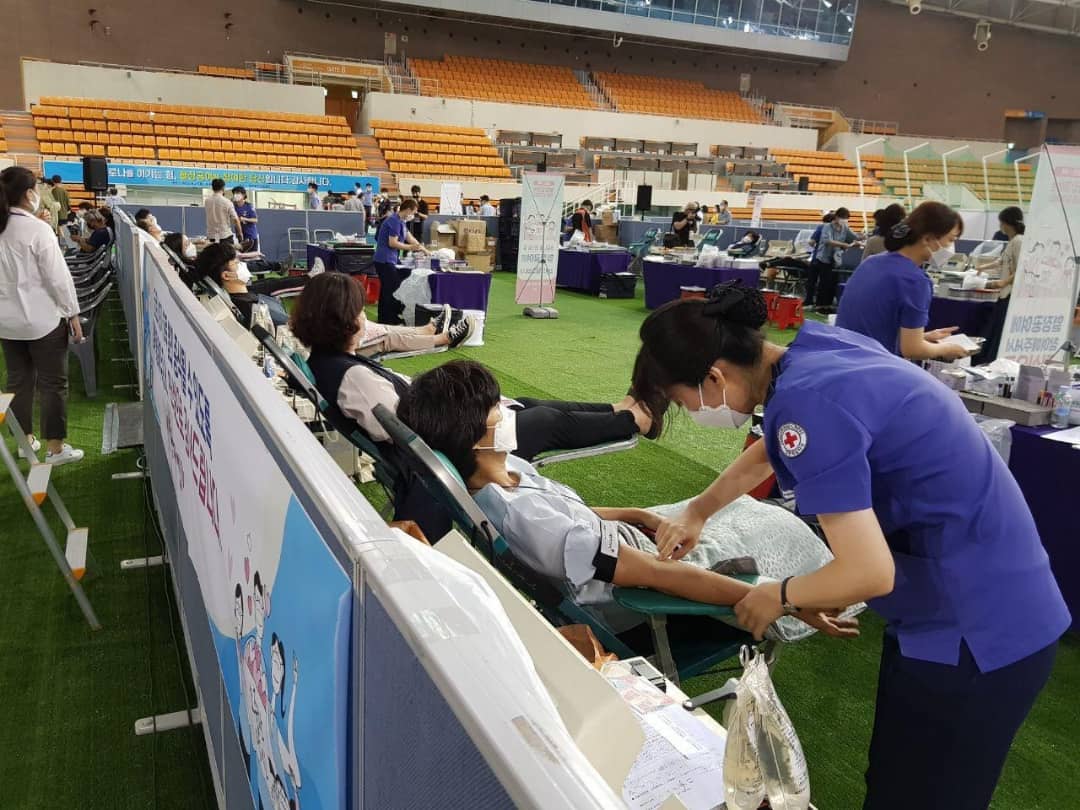 □ Kwon Joon-wook, The deputy director of the Central Anti-Disaster Headquarters, said in a regular press briefing that was held on the 3rd, “About 4,000 plasma donors from Shincheonji church of Jesus will donate the plasma in Daegufor three weeks from the 16th,” and added saying,“We are grateful for Shincheonji’s active participation and cooperation from DaeguMetropolitan City and the Korean Red Cross.”

□ The third group plasma donation will be held at the indoor stadium of the Daegu Athletics Promotion Center, and volunteers (of the Shincheonji church) will also be supported for smooth operation. In addition, as it was in the first and second rounds, the donors from Shincheonji will not receive the transport fee which is about 200~ 300 US dollars (around 200,000~300,000 Korean won) to reduce the burden on taxpayers’ money.

□ An official from Shincheonji Church of Jesussaid, “We were happy and grateful to hear on the news that the plasma treatment (CG Green Cross) was being used in the medical field. “It’s the most valuable thing we can do (as a recovery),” he said. “Through the experience of plasma donation, all the congregation members have realized that the power to overcome Covid 19 lies in engagement, love and unity. We will do our best to help the Republic of Korea overcome Covid 19 with the plasma treatment,” he said.

□ “We know that there are voices of concern as church facilities are ordered to be closed down by region,” he added. “Regardless of the order to shut down facilities and lift the ban, the National Shincheonji Church of Jesus will maintain its online service until Covid 19 enters a stable state for the protection of its members and for the sake ofthe health and safety of the community. So you don’t have to worry.”