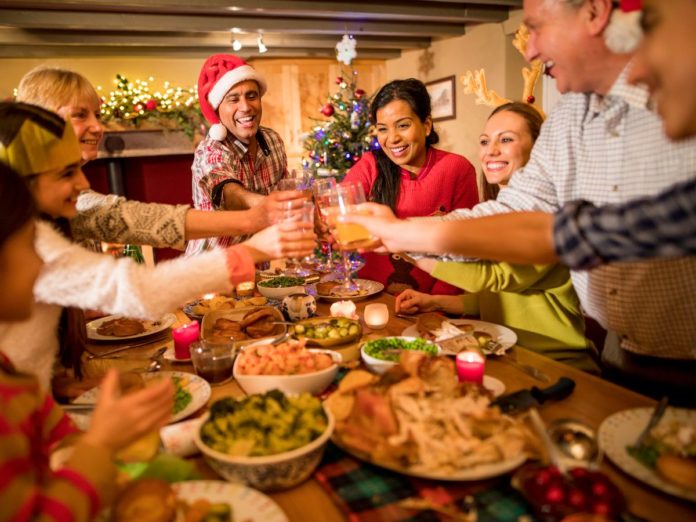 Let anyone put a finger on one Biblical quotation on Christ’s birthday and hang me.

For many people throughout the world, the Christmas season is the happiest and busiest time of the year. Millions of believers in Christ celebrate December 25th as a special religious holiday because they believe it marks the date of Christ’s birth. Businessmen often take advantage of the giving of gifts at this season to make extra-ordinary profits. Some religious people protest at this “commercializing” of Christmas because they feel that a sacred, holy day is desecrated by it. Their protests are often voiced in slogans such as “Put Christ back into Christmas”. Few people, however, including many believers in Christ, are aware of the fact that the Bible is completely silent concerning any special festivities to commemorate the date of Christ’s birth.

The Bible does not give us the date of the birth of Jesus! God did not see any necessity of recording Christ’s birthday and no one should ask me the reasons why. Whether He was born in December or July or some other month of the year is not stated in the Scriptures. Scholars confess that they do not know the actual date of Christ’s birth. For more than 300 years following the close of The New Testament, Christmas was kept on various dates. In 354 A.D., the bishop of Rome decreed that December 25th, a pagan feast day in honour of the god, Saturn, should be observed by Christians in honour of Christ’s birth. However, in the East, this date was not accepted; and for centuries, January 6th was instead celebrated as the birthday of Jesus, particularly in Egypt. Some branches of the Eastern Orthodox Church, even today, keep January 6th as Christmas day. Confusion!!!

It is interesting to note also that many of the festivities connected with Christmas had their origin in paganism, not in the Bible. Many of them came from Catholicism also. For example, the name “Christmas” itself comes from “Christ” and “Mass” referring to the worship of the Roman Catholic Church. The Christmas tree originated in Scandinavia. The pagans of that part of the world worshipped trees before they became believers in Christ. Decorating with mistletoe originated with the ancient Celtic priests, called Druids, who used mistletoe as charms to ward off evil spirits. The burning of yule logs, which is customary in many countries, came from the ancient Norsemen who burned a log once a year in honour of Thor, god of Thunder. See the World Book Encyclopedia for other examples of the pagan influence in Christmas customs.

The Bible gives two accounts only of the birth of Jesus. They are found in Matthew Chapters 1 and 2 and Luke 2. No mention is made of the date. No command is given for our Lord’s birthday to be observed in any way. No example is found in the New Testament of any celebration of Christ’s birth. Rather, the New Testament emphasis is on the death and resurrection of Christ. His death made possible the forgiveness of our sins. His resurrection makes possible our victory over death. The Lord’s Supper is to “show the Lord’s death till he come “(1 Corinthians 11:26). The only day in any way set aside for special religious observance in the New Testament is the Lord’s day, Sunday, which is also called the first day of week (Acts 20:7;1 Corinthians 16:2 Revelation 1:10).

What therefore should be the Christian’s attitude toward Christmas? Should we celebrate it as Christ’s birthday? Definitely not! To do so is to do such without Scriptural authority. Should we observe the Christmas holiday in any way at all? In the opinion of yours truly, there is nothing wrong with enjoying the holiday at Christmas, just as one would enjoy any other legal holiday in any country during the year. If one wished to have a big dinner and get together with family and friends, there is certainly nothing wrong with this. But to honour December 25th as Christ’s birthday, and thus as a special holy day, is to speak where the Scriptures are silent and to follow the traditions of men rather than the Word of God hence going to the extreme.