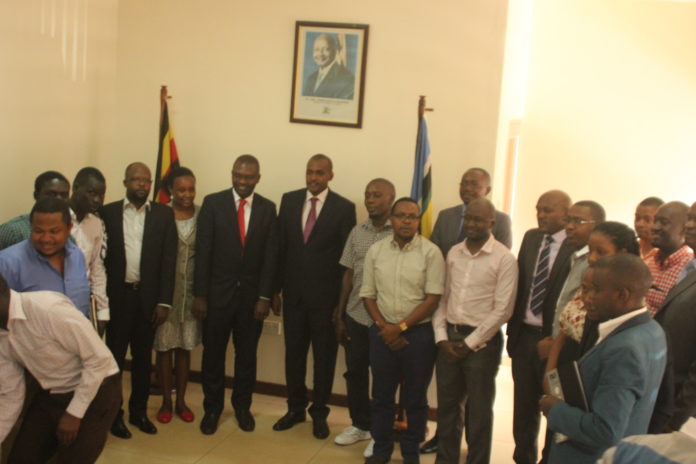 The government is set to re-orient the face of media advertising in the country, with online media now set to become a strategic beneficiary.

“Government is now considering outsourcing entire media buying function to competent advertising agencies and I can assure you a policy on this is coming,” the Minister told the managers, who met him under the auspices of their umbrella organization, the Online Media Association of Uganda.

The Minister made the remarks after presentations by the managers indicated that despite being a platform that reaches out to very many Ugandans advertisers including government, which is the biggest advertiser, had overlooked the importance of online media.

Mr Tumwebaze reiterated government’s commitment to the use of online media as a channel for communication, valuable in raising public awareness. He, however, warned against complacency in reporting, saying that would tarnish the image and confidence of would-be advertisers.

He also urged online media to be instrumental in marketing the country’s image abroad.

On their part, the managers called for cooperation, arguing that access to information should not face limitations by those entrusted with the responsibility of dissemination.

Giving an example of constraints to the flow of information, Richard Wanambwa of Eagleonline told the minister that he recently called a Minister for an update on a government policy on a certain matter to no avail.

Association chairperson Giles Muhame said there was need for partnerships with government agencies to promote campaigns.

In that respect the two parties resolved to schedule a meeting with senior government officials including Permanent Secretaries and government spokespersons to hammer out modalities of possible partnerships.

The association members will also have another meeting with the Minister after one month.