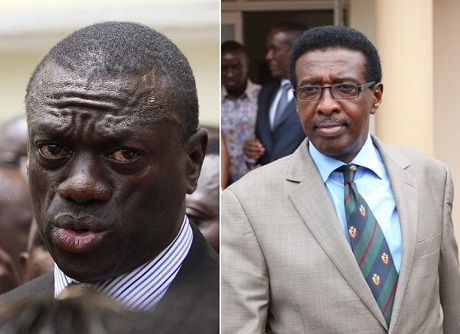 The minister for Information and National Guidance, Maj Gen Jim Muhwezi, has said the reason why opposition leader Dr. Kizza Besigye’s movement are controlled by Police is because he is usually around by potential criminals.

Speaking during a breakfast show at NBS TV, Maj Gen Muhwezi said Besigye’s defiance campaigns have given Uganda Police no option but to regulate his actions.

“When Kizza Besigye moves, he is followed by people, some of whom are potential criminals who want to loot. Police has a duty to stop that,” Gen. Muhwezi said.

He was reacting to Morning Breeze host Simon Kaggwa Njala who inquired whether leading opposition figure Besigye was under arrest.

“He [Besigye] is not under arrest. He is being regulated. He is free. Didn’t he go to church? Kizza Besigye is being treated as a security threat. Police can stop you from committing a crime. Uganda Police acts on information they get.

He added: “Besigye’s ‘detention’ means government maintains responsibility of keeping law and order because elections shouldn’t turn Uganda anarchical so that is why security takes precedence over personal freedom always.

The ousted Rujumbura MP said that the FDC’s ‪#‎FreeMyVote campaign was a useless crusade and would not yield any good consequences.

“I don’t know the importance of this. They are diverting people’s attention from work. I find it strange that FDC is asking people to stay home. Very few people are following this. They are trying to defy nature and honest If Kizza Besigye wanted to go to court, we would have gone to court. Amama Mbabazi went to court without going to court. 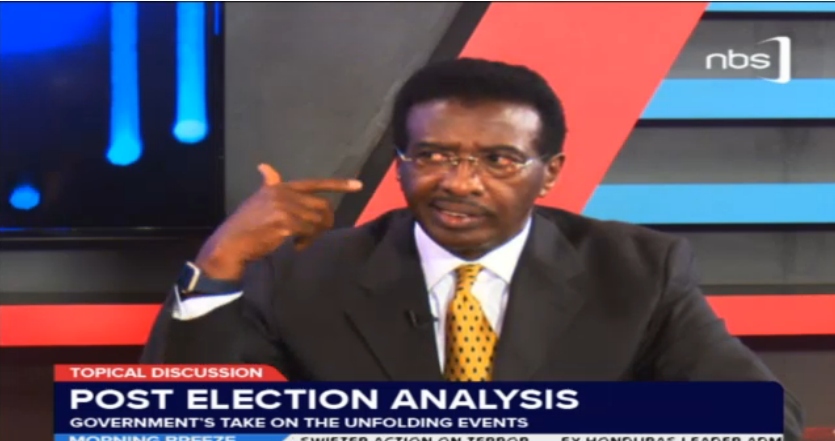 While commenting on the Rwenzori clashes, Maj Gen Muhwezi, said: “The post-election mood is calm and tranquil save for instances of clashes in Rwenzori region, Kapchorwa.  These are criminal acts and Police has reacted appropriately as an officer is allowed by law to shoot in self-defense when attacked. Police officers carry guns because there are situations where they have to use them. In Kasese, did they use them right? Yes. Police have acted very appropriately and reasonably. They need a pat on the shoulder. Police can’t use textbook means when someone has a machete and wants to kill you.

It should be noted that Dr. Besigye and Gen Muhwezi are not the best of friends to the extent that in March 2015 a vocal exchange ensued at funeral service of Mzee Zefurino Nkore, father of the Greater Bushenyi Regional Police Commander Paul Nkore in Ntungamo district. Besigye who was showering praises to the deceased’s great legacy, immediately switched and launched an assault on the then new Minister upon his arrival at the function. Dr. Besigye stated that Muhwezi and his NRM government had committed so many wrongs that needed to be righted.

In response, Hon Muhwezi informed Besigye the outcomes of the Kyankwanzi retreats were matters of NRM as a political party and not outsiders.