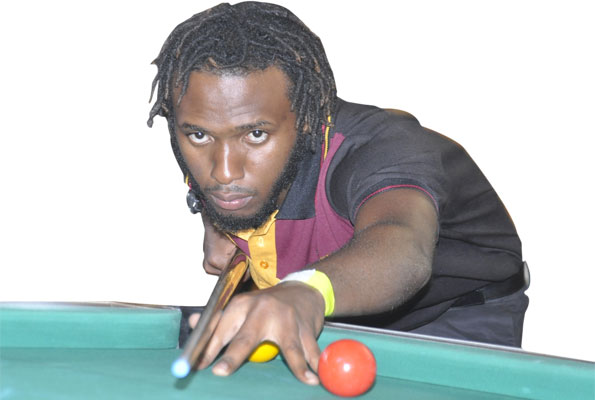 PAU’s 2016 Pool League One has registered the most upcountry teams in PAU history that include Soroti, Ibanda, Mbale, Hoima and Jinja.

The lower division pool league that features 15 teams in total is set to cue off this Saturday April 30th with 7 matches in the first round of fixtures that were released yesterday.

Upcountry teams have been encouraged to join this season because PAU is focusing on increasing national spread as part of the roadmap. The top three teams will be promoted to the Senior League next season, whereas the bottom three in the Senior League will be relegated to League One.

The Senior Pool League kicked off two weeks ago, with a total of 16 teams including Masaka and Masindi.

“The inclusion of upcountry teams is really good because PAU is reaching out to the wider pool community in the country, which is good for sponsors who can benefit from the national outlook” said PAU publicist Michael Mawanda. PAU is still seeking for partners to bankroll the leagues, and is currently in talks with media sponsors which will get pool games to be aired on satellite TV.

Funding for PAU programs is minimal and the Association has always encouraged its stakeholders including clubs and players to finance themselves through these activities, but PAU is confident that this will change given the onset of media partners who have shown interest in airing the games.

In the seniors, league leaders Scrapbuyers will face Indigo near Old Taxi Park as Wasswa Kayiiya captains his side to face Indigo training partners Vicent Sekibule, Mahde Mivule and Richard Kizito. Rock Catalina will also be hosting Hotpool in the Ntinda derby which will attract a mammoth crowd, with Gumikiriza Alfred leading attack with Fred Namanya, Charles Ssegawa, and Jonan Turigye, among others as the Ntinda arch-rivals face-off. Rock Catalina led by current Pool Cranes Captain Oscar Ocakacon will be seeking their first win of the season and must capitalize on home advantage to outwit the Hotpool giants.