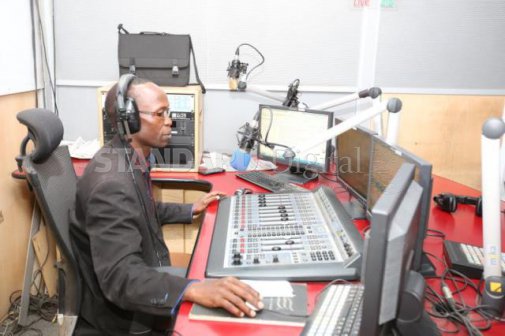 Time is up for preachers notorious for asking for offertory or a set amount of money (seed) in exchange for special blessings and prayers on TV or radio.
Such ‘seed’ preachers, who encourage viewers to give ‘far and beyond’ their abilities to attract blessings, will soon have no place in radio and television programmes. Preachers have also been banned from recruiting people to their faiths or asking them to get ‘saved’ as they often do at the tail-end of their broadcasts.
These, among other rules, are contained in the 37-page Programming Code for Free-to-Air Radio and Television Services in Kenya. This is not all, the Communications Authority of Kenya (CA) has also banned sex talk during the daytime on radios. This will be seen as punitive for TV and radio which depend on call-in shows with, sometimes, heart-to-heart sharing of bedroom matters on air. These popular shows drive up ratings and advertisers scramble to get slots to sell their merchandise when these shows are on air. But according to CA, unless they are part of educational programmes, the shows stand banned during the watershed period – between 5am and 10pm.
The Director General of CA Francis Wangusi has also struck a blow on shows where cheating spouses or people reneging on debts are exposed on air. He says the suspects have to be informed beforehand. Journalists, anchors and presenters will no longer be able to voice audio commercials or appear in online commercials. In a raft of new tough measures targeting the media industry, the authority has also outlawed television commercials that are likely to ‘corrupt’ the morals of young children or traumatise them.These new rules have been gazetted by the Communications Authority, and the media houses doing free-to-air broadcasting have six months to comply.
By June, this year, media houses will not be allowed to show advertisements for more than 14 minutes in every hour. This will, inevitably, eat away at the revenues, and cripple the already threatened commercial viability of many of the private media enterprises. Within one year, the media must have 40 per cent of their programming either produced locally or having local footage. Four years later, they will be forced to have 60 per cent of local content. Media houses will also have to ensure that all their advertising contains at least 40 per cent ‘local content footage’. This is likely to affect multinationals that make adverts from their headquarters in South Africa, Europe or America, to run around the world. To get into the Kenyan market, they will have to spend more on local content or simply leave Kenyan media houses out of their global marketing campaign, and/or opt for alternative modes of advertising. The depiction of alcoholic drinks as good after a hard-days work or good for bonding sessions or even for celebration is banned.
The Government regulator has also made it mandatory for all TV stations to employ sign-language interpreters, currently only available on the Standard Group’s KTN and on State broadcaster KBC.