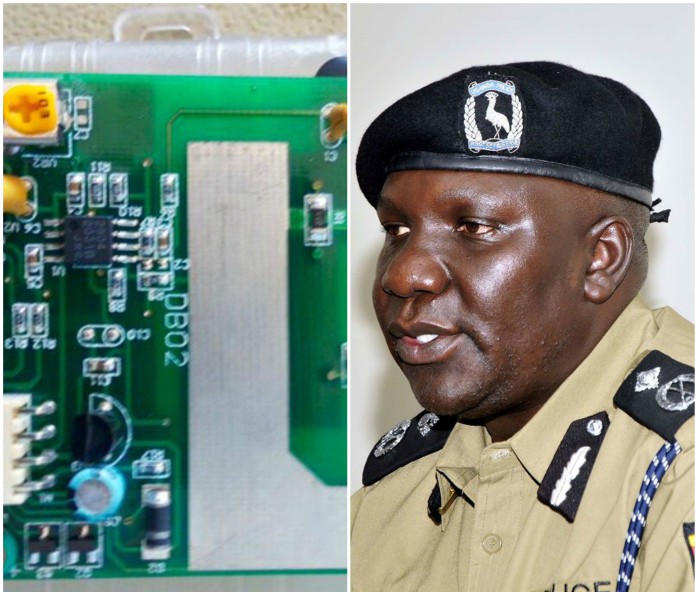 “The allegations by Dr. Besigye of Uganda Police implanting a ‘dangerous’ device in his car are just propaganda,” Enanga said.

“We are already at his home and he is well monitored for that matter,” he added.

According to Dr Besigye, the device was inserted in the vehicle after it was impounded by police.

“My vehicle was released from Wandegeya Police Station after 3 weeks! Thorough inspection discovered this dangerous device!” Dr Besigye wrote on his Twitter handle.

At the peak of the presidential elections last month, Besigye’s car was impounded by police after confrontation following refusal for the FDC flag bearer to address his supporters.

“As Police we wonder why it took him so long to realise that we had installed a device in his car considering he got the car almost a month ago and it has been to many places,” Enanga wondered.

“Dr. Besigye has a long military background so he can use his contacts to verify where the said device was installed from and to whom it was sending the signals other than blaming the Police.