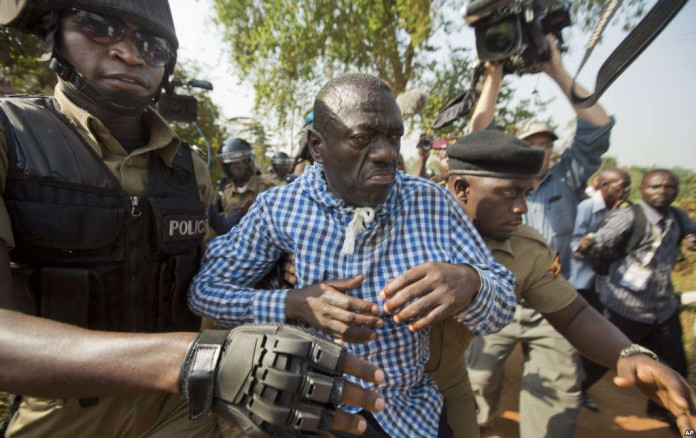 The latest information from Kasangati commonly called ‘statehouse’ by opposition supportors indicates that Uganda Police commanded by AIGP Andrew Felix Kaweesi has grabbed all the equipment including video cameras and an Outdoor Broadcast Van (OB Van) meant to telecast a live Fourth Estate program  that airs every Sunday starting from 10pm. 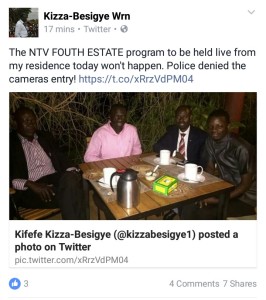 The FDC founder has been under house arrest since the conclusion of the February 18th Presidential Elections with Police boss Gen. Kale Kayihura insisting Dr. Besigye is not under house arrest but preventative monitoring of movement.

The IGP on Saturday told EagleOnline at th Police headquarters in Naguru that Police was simply monitoring the opposition strongman’s movements as Afande emphasized that they had not stopped journalists from accessing Besigye’s home but were just regulation them.

However there has been a wave of journalist arrests at Besigye’s home after cops occupied his neighborhood.