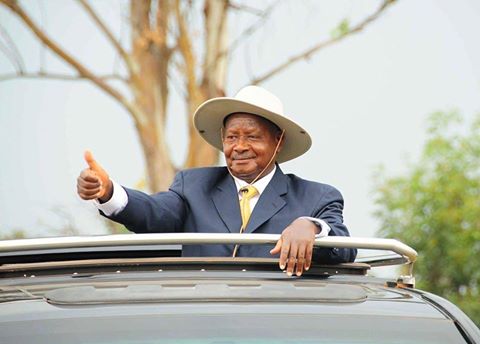 Uganda was recently rated as the 7th Most Influential Nation in Africa out of 54 countries. This is partly due to the exemplary performance of the army, the Uganda People’s Defence Forces (‪‎UPDF) and sound economic management of the ‪‎NRM Government.

The profile by African Leadership Magazine based in UK said the UPDF may not be the most advanced in Africa but it has shown that it is the most courageous and it has proved its self better than most force from the rest of Africa from 1993 when participated in stopping the Rwanda genocide, protected the Kenyans in 2008, fought the Rwandan rebel in Congo up to date, when its keeping peace in southern Sudan and largely in Somalia which was abandoned by most Africans great powers like the south Africa and the African Arab countries.

With four Countries in the top 10, ‪‎East Africa seems to be the most influential region on the African continent.

Name of Ethiopia is written 44 times in the bible. It is not only a matter wealth. It is also a matter of history, independence, military, politics, diplomacy etc. In all perspective you could not find any country which is more influential like ETHIOPIA in Africa.

More Arab than African and with a recorded civilisation going back centuries, Egypt is one of the first nation states in the world. It regained its independence (from Britain) in 1953 – earlier than Algeria, Nigeria or South Africa.

Kenya is a powerhouse in human resource capital. With the most educated population on the continent its also the fastest growing ICT hub in the continent.

Morocco is undeniably becoming a strategic platform to address the African continent. An increasing number of global companies choose to step in, first in Morocco, to then gain a faster access to other African markets.

Nigeria, the country with the largest economic and power potential on the continent, faces different challenges from the other countries of the Big Five – although it shares a common history with Ethiopia, Egypt and Algeria, having experienced 33 years of military rule since independence in 1960.

Ugandan army may not be the most advanced in Africa but it has show that it is the most courageous and it has proved its self better than most force from the rest of Africa.

The unmistakable sense of national pride that Rwandans display is truly impressive and the powerful leadership and commitment to peace and development shown by President Kagame and his government is the engine that moves this country forward.

God-fearing nation with lots of potential. Take away sanctions, Zimbabwe is a lion with a stone heart. They told y0u on BBC that their people starve because they don’t know how to farm but tell me who is feeding them today.

Much like Egypt, Algeria is trapped in stasis. And similar to Egypt and Nigeria, the Algerian military has played a major role in domestic politics since independence in 1962 – gained after a brutal war with France that lasted eight years and traumatised both countries.