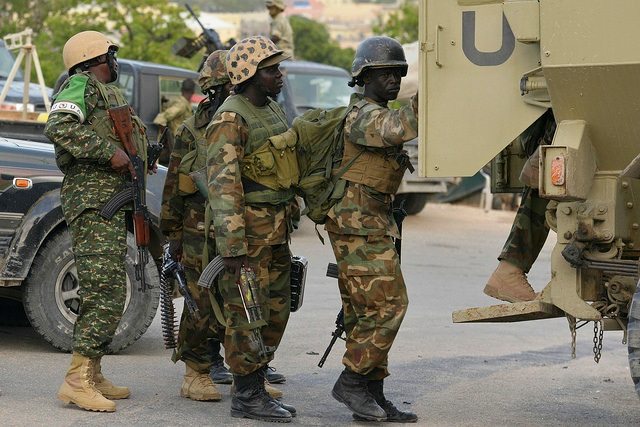 The Uganda Peoples Defence Forces (UPDF) has once again come to the spotlight after five of its soldiers serving under the Africa Union Mission in Somalia (Amisom) were arrested by Somali authorities in Mogadishu for stealing and selling military supplies and fuel.

UPDF spokesman Lt Col Paddy Ankunda confirmed the arrests of the soldiers and said investigations had been initiated to establish the facts.

“It is true they (Ugandan soldiers) were arrested for being involved in the black market trade,” Lt Col Ankunda told EagleOnline on Monday.

“We are holding investigations and if they are found culpable the law will take its course,” he added. 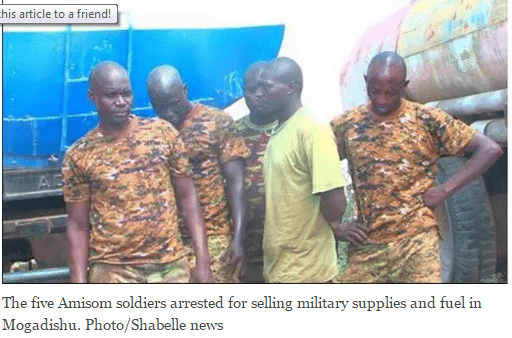 He said the five UPDF soldiers were arrested after a tip-off that several Amisom soldiers were selling military equipment at the Mogadishu market.

Besides the Amisom soldiers, ten Somali civilians were also arrested in the crackdown at capital’s black market which was carried out by Somali police and intelligence officers on Sunday.

Different UPDF Amisom contingents have been in the spotlight for various intermittent infractions among them selling of deployment slots and military logistics, with several officers being charged and punished accordingly.

For instance, in 2014 the UPDF suspended 15 officers among them Brigadiers Francis Chemonges and  Jack Bakasumba; and Lt Col Kutesa after an internal investigation found them guilty of charging soldiers money in order to second them for deployment to the African Union Mission in Somalia (Amisom).

In another matter, in 2013 Contingent Commander Brig Michael Ondoga was arrested and charged before the UPDF General Court Martial for making multiple false accusations against his juniors. He was acquitted of all the charges in 2015.