Tony Akaki, the eldest son of former President Apollo Milton Obote, has said that Betty Amongi, the wife to his younger brother Jimmy Akena, is a mole designated by President Yoweri Museveni’s National Resistance Movement (NRM) government to destroy the legacy of the Obote family and the Uganda Peoples Congress (UPC) party.

Akaki’s outpouring follows the recent appointment of Ms Amongi as the Minister in charge of Lands, Housing and Urban Development, a development that prompted him to say the family was ‘uncomfortable’ with his sister-in-law’s recent cabinet appointment.

According to Mr Akaki, the Obote family doesn’t want to associate with Mr Museveni’s government, which he calls a dictatorship.

“It is more complicated than that…but this man [Museveni] plays dirty. The fact is that she [Amongi] is exposed. People always misunderstood the whole thing but Jimmy was the target. We now know who the mole was,” the 53-year old Akaki who works with the United Nations in Sudan, is quoted as saying by The Observer, a local media publication. He reportedly added: There is no way we can be happy that Betty [the wife to Jimmy] can serve in this dictatorship. It is an insult and he [Museveni] is doing it deliberately.”

However, contacted on phone today Akena, the Lira Municipality MP was cagey only saying: “For Tony that is a family issue we are not going into.” 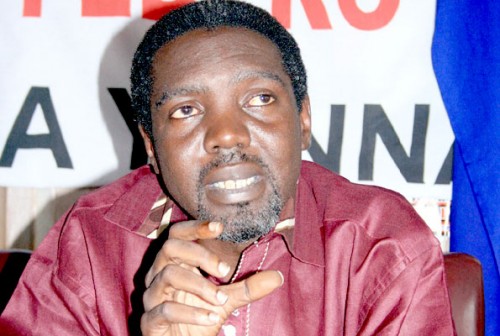 Mr Akena also took swipe at another critic, former UPC Secretary General and renowned city lawyer Peter Walubiri, saying: “Walubiri has his own issues and that is it.”