Police are holding two of their own for robbery and attempted murder.

The two are police constable Isaac Ssegawa of police’s special operations Unit attached to Kampala Central Police Station has been arrested after suspected car robbers implicated him Mbarara for helping their operations while Albert Muhumuza is the commanding officer in charge of the black police van that is synonymous with Forum for Democratic Change (FDC) Kizza Besigye. Mr Ssegawa is the driver. Muhumuza was arrested after he shot a Kampala Capital City Authority (KCCA) officer and is being detained at CPS. 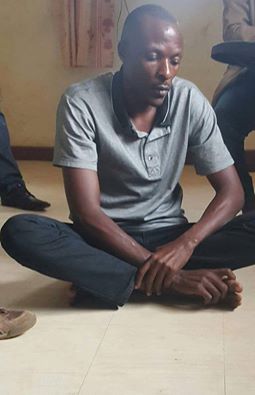 Dr. Besigye has always complained that in the van, there are people whose work is torture the passengers that are arrested by police.

There are allegations that some police officers connive with criminal gangs to rob the population and the latest arrests could confirms the allegation. However, the Inspector General Police, Gen. Kale Kayihura maintains that the forces is professional and wrong elements are being weeded out using the police professional standard unit.