The ruling party National Resistance Movement has lost yet another Member of the 10th Parliament after Masaka High Court nullified the election of Christopher Kalemba as Kakuuto County legislator. 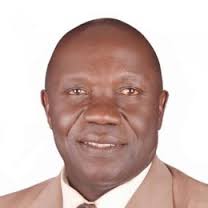 But Mr Kalemba’s election who polled 14,135 votes to beat Lubega (12,568) to the Kakuuto County parliamentary seat was nullified on grounds that he bribed voters.

He becomes the 12th NRM MP to be ejected after a wave of petitions contesting the outcomes of the February 18 parliamentary elections.

The total of MPs ejected from the August house currently stands at 14.

So far, five of the 11 NRM MPs who have lost their seats in parliament were ejected due to lack of the minimum academic qualification (which is A-level or its equivalent).