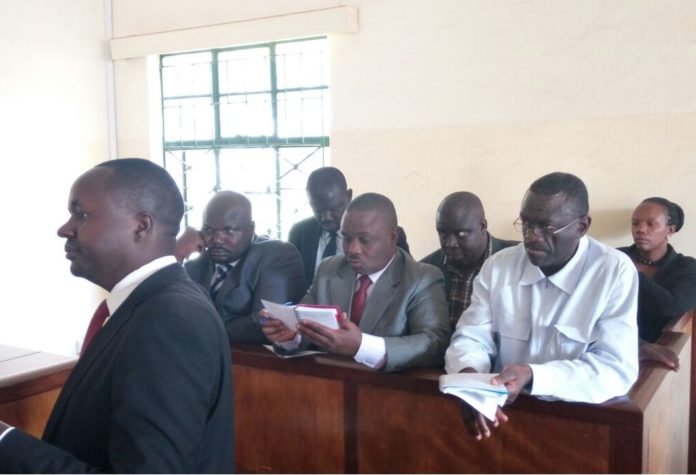 The former FDC presidential candidate had earlier missed a court appearance in June because he was in jail on treason charges. Besigye has since been released on bail, paving the way for him to be in Kabale for today’s court session.

The politicians are accused of inciting violence during their rally in Kabale Municipality stadium in 2012. Prosecution claims Besigye and others injured four police officers and vandalized three police vehicles.

This morning, Police heightened security in Kabale municipality, deploying several patrol vehicles and water cannons trucks along the major roads . Several police officers are also strategically deployed near FDC party offices at Humura House along the Kabale – Katuna road where party members are expected to hold a meeting with Besigye after the court appearance.