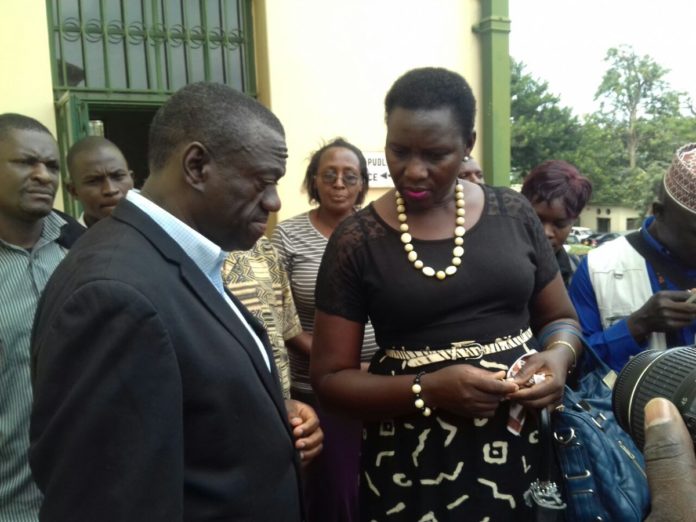 Former presidential candidate Kizza Besigye has today vowed to be at the Makindye magistrate’s court tomorrow to witness the trial of his nemesis IGP Gen Kale Kayihura.

The IGP is set for a marathon of court appearances following a case that was filed by activist lawyers Lukwago & Co Advocates and Namugali, Walyemera & Co Advocates, over rampant police brutality across the country that included the beating of Dr Besigye’s supporters three weeks ago.

And today Dr Besigye said peoples’ power will always prevail now that the ‘hunter is being hunted’, adding that it is now Kayihura’s turn feel the rule of law.

“Yes I will be in Makindye court tomorrow to witness Kayihura step into the dock so that he knows when he is acting illegally, he can also come in the same court dock,” Dr Besigye is quoted by Daily Monitor as saying. He added: “The institutions are weak, we should not expect much but we must keep on even with the weak institutions. Some of those who have been harassing us are now in the dock, others who were taking the orders of Kayihura are on suspension. Now they should be careful because they should know that Kayihura’s orders are illegal.”

On July 12, while releasing Dr Besigye on a non-cash bail of Shs100m, after the latter spent two months on remand at Luzira prison, Justice Musene ordered Dr Besigye to report to the Deputy Registrar of the court once every two weeks starting yesterday, as one of the four bail term conditions he was asked to honour in exchange for his release.

Tuesday was the second time the four time opponent of President Museveni was reporting back to High Court and was ordered to go back to court on August 23.

Besigye was also ordered to refrain from any acts of violence until his treason case is disposed of.