The Chairman of the National Drug Authority (NDA) Audit Committee Yusuf Kimbowa Sembatya, has been accused of using his position to peddle influence, in the process profiteering from the importation of drugs.

In a letter to the Director Crime Intelligence of the Uganda Police Force dated April 2, 2016, a ‘whistleblower’ accuses Mr Kimbowa, a former NDA Board Chairman and some other members of the Board of conflict of interest by managing and operating drug-importing companies.

The whistleblower further lists companies, among them KIMSY MEDS, IDA Foundation, GKO Medicines, Novell Pharmacy, Medical Access, Spectrum Pharmacy and United Health Care Ltd, which he claims are linked to the illicit dealings and are managed by Mr Kimbowa and his cronies, among them Gilbert Ohairwe, Sowedi Muyingo, and Hussein Oria.

The NDA regulates the manufacture, importation of human and veterinary drugs in Uganda, and according to the whistleblower Kimbowa did not declare his ownership of KIMSY MEDS when he was appointed to the Board.

Further, the whistleblower said Mr Ohairwe is the proprietor of GKO Medicines also uses his other company GKO Security to provide security services at all NDA premises in the country; Mr Muyingo is the Executive Director of both Medical Access and United Health, and Mr Oria, the NDA board member representing Makerere Pharmacy School, also works as a pharmacist in-charge at Spectrum and is also a Local Trade Representative (LTR) for Egyptian and Indian pharmaceutical manufacturers.

‘Sir, the issue of major importers and unscrupulous lumpen ‘bourgeois’ and ‘compradors’ of drug cartels such as Kimbowa Sembatya Yusuf of KIMSY MEDS, managing and auditing businesses they are meant to regulate remains an issue of concern. This is more or less game ranger turned poachers at the state enterprise,’ the whistleblower wrote, adding that Mr Kimbowa is a shareholder Novell Pharmacy alongside Mr Muyingo.

The whistleblower also claimed that through his influence, companies linked to Mr Kimbowa were indebted to the NDA to the tune of Shs2.454 billion between February and April last year, acquired through unscrupulous means. 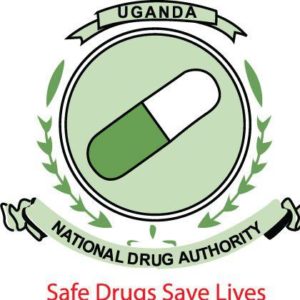 ‘Companies like IDA Foundation, KIMSY MEDS and United Health Care where Kimbowa Sembatya Yusuf the Chairman Audit Committee of the NDA Board has business interests owed NDA in February 2015, about Shs557 million, Shs1.1107 billion in March 2015, and about Shs781 million in April 2015. He uses his position with arm twisting gimmicks on Secretariat staff to acquire credit facilities for DOSSIER review and import clearance dues of 2 per cent not extended to other business clients,’ the whistleblower further charges.

According to the whistleblower, Mr Kimbowa is also linked to the importation of substandard cancer drugs through his company, KIMSY MEDS, attracting the attention and concern of the National Medical Stores (NMS).

‘Frustration of procurement of Vital Laboratory equipment may be intended to disable the quality testing capabilities of the National Drug Quality Control Laboratory so as to facilitate drug cartels represented by some identified Board members to supply un analysed substandard drug items in the Country. National Medical Stores has ever lately complained to KIMSY MEDS allegedly over supply of Substandard Anti-cancer drugs in the country,’ the whistleblower adds.

Repeated efforts to talk to Mr Kimbowa in respect to the raft of accusations against him and his colleagues were futile as he switched off his phone on being told the callers were journalists with EagleOnline.

However, in 2015 President Yoweri Museveni ordered for an investigation into the activities of the NDA Board, which at the time was embroiled in wrangles with then Executive Director Dr Gordon Sematiko. At the time, current Health