High Court Judge Benjamin Isingoma Kabiito, who is currently based at Fort Portal High Court, has been named the new chairman of the Judicial Service Commission (JSC).

Justice Kabiito replaces one of the most respected Ugandans, Justice James Ogoola, who a few months ago found himself in an unfamiliar spot – accused of irregularly holding onto a government vehicle.

Justice Ogoola while retiring in February boasted of having introduced a raft of reforms at the commission, including advertising the position of Chief Justice in the media.

Justice Kabiito will be will be deputised by Supreme Court Justice Faith Mwondha.

Mr Laban Kirya is the only member of the Ogoola-led commission came into office in 2012 amid a workload of about 400 unheard disciplinary cases that is returning. 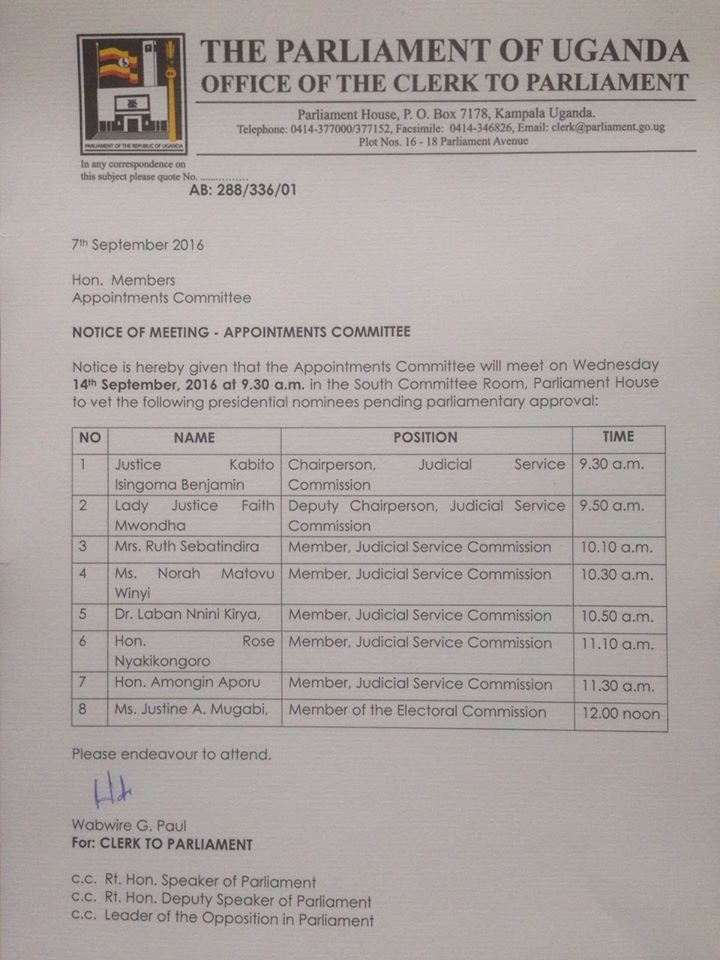 The Constitution gives the chairperson of the JSC, the body that recruits and discipline errant judicial officers, a four-year term contract that is subject to renewal once.

Contacted on Thursday, Solomon Muyita, a senior communications officer at the Judiciary, confirmed the appointments, which have been made about 6 months after the expiry the previous JSC mandate.

They will next Wednesday be vetted by Parliament’s Appointments Committee before assuiming office.