The meeting was also attended by Dr. Diana Atwine, the director of the health monitoring unit of State House.

Varian Medical Systems are the world’s leading manufacturers of radiotherapy and radio surgical devices and software treating cancer and other medical conditions with radiotherapy, radiosurgery, proton therapy and brachytherapy

“Uganda will pay for the cancer machines and also provide a grant to Varian Medical Systems to train young Uganda professionals on their use. What is important is to recruit young people and send them on government sponsorship for bio-medical training,” he said.

The President was responding to a proposal by Mr. Whitman on how to finance and procure such equipment, which he said is very capital intensive. 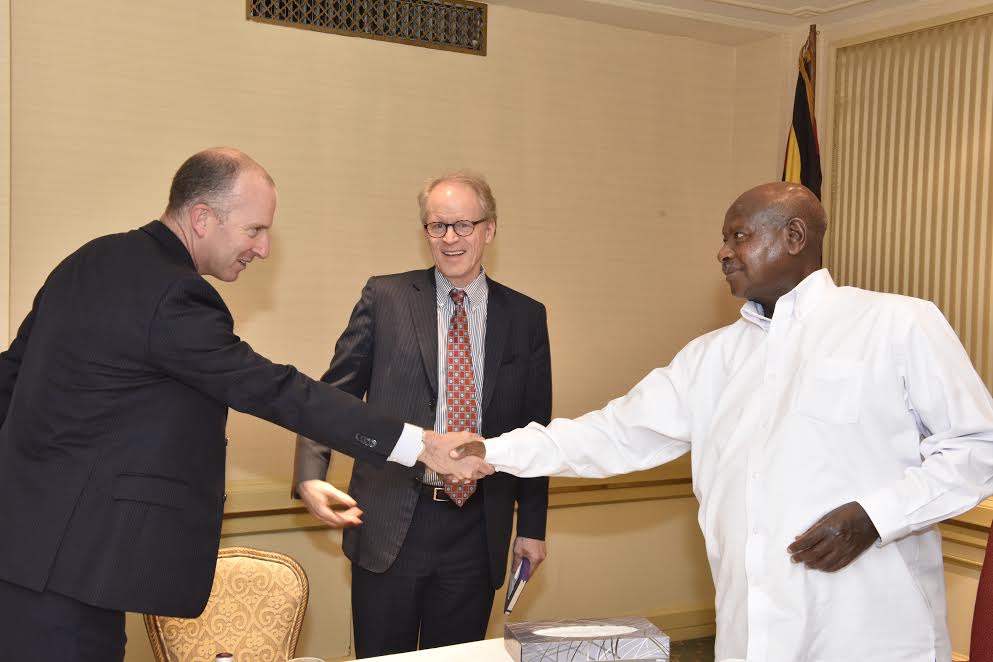 He congratulated President Museveni for rehabilitating and equipping the cancer institute at Mulago Hospital to deal with the increasing cases of cancer.

According to the Fred Hutchinson cancer research center at Mulago Hospital, Uganda with a population of over 37 million people has one of the highest rates of cancer in the world. The two hardest hit groups are children under the age of 12 and middle-aged adults.

Museveni revelation come at time when the country’s only machine at Cancer Institute isn’t operating and thus, cancer patients are left no option but left to die.

More than 60 per cent of cancer deaths occur in developing countries.

According to the National Cervical Cancer Coalition, exact figures for cervical cancer rates are unclear, but an WHO/ICO report published last year estimated that 1,932 women in Ugandan die of cervical cancer each year, and more than 2,400 are diagnosed with the disease. Cervical cancer is the biggest cancer killer among women in the country. And with 40 cases per 100,000 women, Uganda has one of the highest burdens of cervical cancer cases worldwide.