Given the strong influence of religion in Uganda, one can best describe the country as ‘conservative’.

However, with modern trends in technological advancement including the Internet slowly ebbing into the spiritual space, and a developing tourism sector, the inclinations of many Ugandans, particularly the youths, now tend to lean more towards the ‘liberal’.

So, when Ugandans were awoken to the news, reportedly by the Ethics and Integrity Minister Fr. Simon Lokodo, of the impending arrival of a ‘pornographic-detection machine’ in the country ‘at any time’, not many citizens were delighted; there were squints akin to those made at time Prophet Elvis Mbonye acquired a state-of-the-art Range Rover.

According to the media posts of the time, the porn-detecting machine would be used in the ongoing fight against moral decadence in Uganda, in accordance with dictates of the Anti-Homosexuality Act that prohibits the production and consumption of pornography.

But much to the chagrin of many Ugandans, the idea of a contraption that could detect R-rated/adult material on their devices and laptops without thinking about their privacy or seeking their consent reeked of abuse and to some extent, a feeling of insecurity.

So, as expected, news of the ‘impending arrival’ of the machine was met with countless protests, both online and physically, with many charging that Fr. Lokodo was abusing government office and misusing funds. 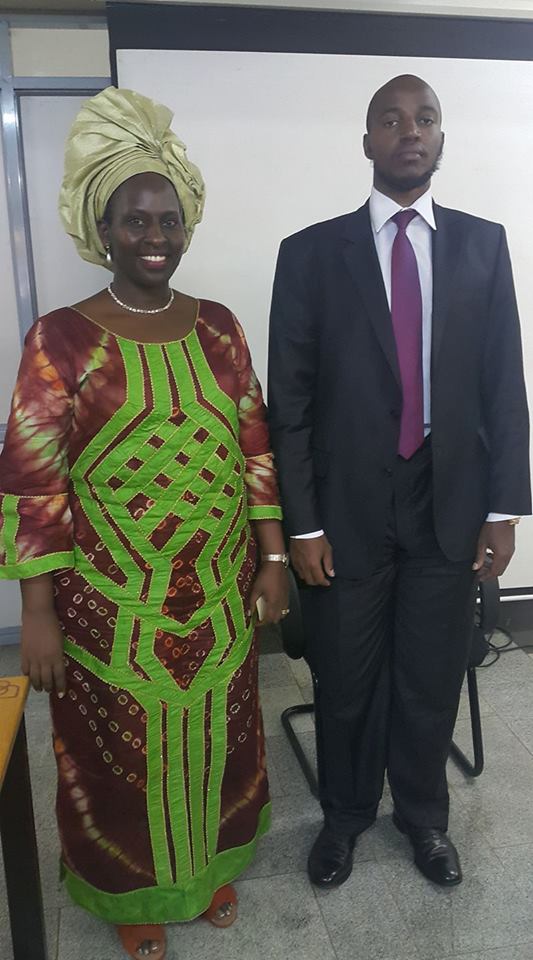 Similarly, the new nine member committee Pornographic Control Committee that was appointed in April and sworn in on August 28, 2017 by Fr. Lokodo, was not spared, with some arguing that the Shs2 billion allocated to the committee could as well be put to a more ‘demanding and impactful use such as the provision of sanitary pads to school girls in remote areas.’

The Anti-pornography Act inter alia stipulates among other things that:

Critical to note also is that those caught in possession of pornographic materials could face up to ten years behind bars and a fine of 10 million shillings.

Needless to say therefore, such deterrents served to fuel vehement outcry and opposition to the Anti-Homosexuality Act, with many citizens saying the punitive measures were too high a price to pay for a ‘vice’ they deemed trivial.

So, in order to better understand the thorny issue the Eagleonline interviewed the newly elected chairperson of the Pornography Control Committee, Dr. Annette Kezaabu Kasimbazi, who is also Deputy Vice Chancellor, Academic Affairs at Kampala International University (KIU). Below are extracts.

EagleOnline: There has been a lot of backlash from Ugandans concerning the allocation of two billion shillings to your committee. What are you people planning to do?

Dr. Kezaabu: It is still in the early works, but like I said in my swearing in ceremony, we as a committee feel that a torch has been passed onto us to safeguard the survival and success of our children and the future of Uganda. It is a big responsibility and therefore we need support of all the relevant government agencies.

EagleOnline: How does it work? Does this cater for the pornographic machine?

Dr.Kezaabu: (Laughing) In fact I had a quarrel earlier with Father Lokodo ( Ethics and Integrity Minister) about this ‘pornographic machine’ and why he was misleading Ugandans. We also don’t know what it is; I haven’t seen it myself and when I asked him seriously why he kept on speaking of it he assured me “you people are the machine I was referring to.”

Dr.Kezaabu: No, there isn’t one, at least not one we have seen. You guys should ask Fr. Lokodo!

EagleOnline: And what is the role of the Ministry of Ethics and Integrity in all this, shouldn’t this operation be under their docket?

Dr. Kezaabu: We are an independent committee established by Parliament under the Anti-pornography Act in 2014, but also working with the Ministry of Ethics and Integrity.

Dr.Kezaabu:  Yes, we work under that Ministry but we are a separate body.

EagleOnline: As chairperson what more can you tell us about your committee?
Dr. Kezaabu: Again, like I had said, if you read the Act it will clearly show you and address such queries. I pointed out that our government has tried to handle issues such as sexual traffic and child abuse but with pornography everyone is quiet so we are here to reconsider this laissez faire or rather soft approach to such a bad vice. It has greater ramifications than most people think.

EagleOnline: Many people are complaining that this money could be used for better causes/issues such as reducing the high number of girls dropping out of school due to lack of sanitary pads. What is your take on that?

Dr. Kezaabu: First of all, we have been receiving many letters from girls complaining about the high percentage of pornographic materials in this country, even in schools! Ask those people complaining about sanitary pads: ‘What girl is going to study when she is pregnant?’ Uganda alone has the highest number of teenage pregnancies and school dropouts and pornography makes one sexually active even at young age. People don’t realize the real danger of pornography in this country but I can tell you that a big number of problems in society stem from the use of such illicit materials.

EagleOnline: Really? What are some of the dangers of watching pornography in a society?

Dr.Kezaabu: There are very many dangers. Firstly, It breaks the family institution with 80% of the youth (15-30) addicted to it. Right now, as we speak I can tell you that there are many people on death row for crimes you will find stemmed from porn. Did you know that there is a convict who confessed the other day that he picked up his first pornographic magazine at just the age of 13? It is how we see such horrendous crimes like rape and murder come about. The habit grows; the same man says he would never have imagined himself doing such a thing. We can even mention homosexuality, imagine if young boys have access to these materials in single sex schools? Are we surprised it has become a problem in many institutions?

EagleOnline: But people are not convinced that this is the right way to go about curbing these vices? Are you saying pornography is the root of all evil in Uganda?

EagleOnline: Some individuals were suggesting that there are other methods that could be employed: like the introduction of red-light districts, like they do in the western world.

Dr.Kezaabu: That is nonsense! Just because the West has accepted to legalize sex and porn industries does not mean we as Africans have to copy it as well. Doing such a thing only serves to send our society down the drain and it is already bad as it is. We are already lenient and see what is happening around us today in Uganda. Vices such as homosexuality and prostitution have brought down many big institutions including destruction of families. Back in the day police used to round up anyone even suspected of being a prostitute, but times have changed and so should we. However, to open up a red light district in Uganda would only serve to usher more of our youths into that and like I said: our hospitals are already struggling, they don’t need more cases of STDs and teenage pregnancies.