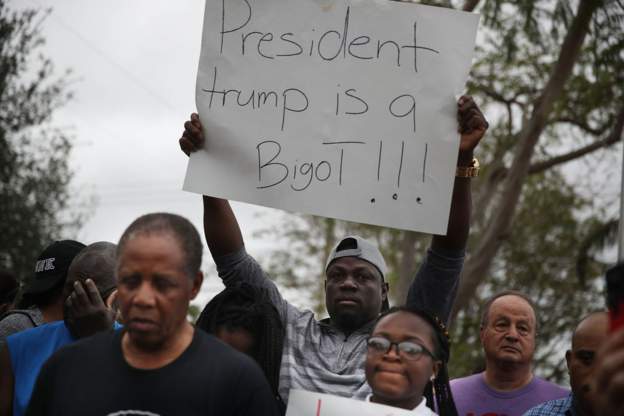 South Africa’s foreign office has summoned the deputy chief of mission at the US embassy in the capital, Pretoria over President Trump’s derogatory remark about African countries.
Mr Trump reportedly referred to states in the continent as “shithole countries” during a discussion about an immigration policy.
He has now told reporters: “I am not a racist. I’m the least racist person you have ever interviewed.”
A statement from the South African foreign office says that it aligns itself with the statement issued by the African Union.
The continent’s top body expressed its “shock, dismay and outrage” over the comments and called on Mr Trump to apologise.
South Africa said that relations between the country and the US must be based on mutual respect.
Namibia, Botswana and Ghana are some of the African countries that have issued strong statement condemning Mr Trump.