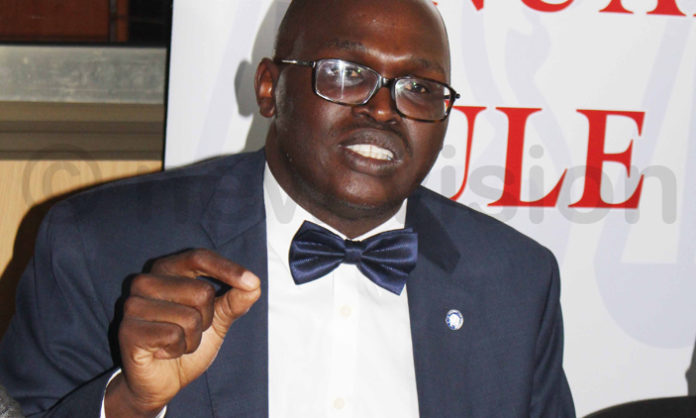 Uganda Law Society has petitioned the Constitutional Court challenging the just enacted Age limit act.
ULS through its president Francis Gimara President has today petitioned Constitutional Court reasoning that the extension of parliament and local councils to seven years was unconstitutional.
Hardly a week after it was controversially passed by parliament, President Yoweri Museveni signed the bill into an Act last December. The Act gives a president room to rule until he feels he tired.
In December last year 317 legislators voted for amendment as 97 voted against the expunging of both the lower and upper presidential age limit that was capped at 35 and 75 years and increasing their terms in office from five to seven years and reinstating term limits that were removed by the seventh parliament in 2005.
‘’Article (8) which is yet to become an act extending legislators term in offices to two years which is inconsistent with and contravenes with article one which vests powers in hands of Ugandans, article 77(4) and 96 of the constitution’’. Part of the petition reads.
The Attorney General is yet come to challenge the petition to answer all circumstances surrounding the process of enacting age limit law, petitioners wants the law be annulled on grounds that the process of enacting the bill was marred with violence, assault of legislators, storming of Special Forces Command (SFC) in parliamentary chambers and violations of human rights which among others contradicts with parliamentary rules and procedures.
The petitioners contend that by this law the Electoral Commission will be required to organize separate elections of both legislators and the president due to unconstitutional divergence form from the usual five years of legislators to seven.