Serene Suites and Hotel has been summoned by Equal Opportunities Commission over racial discrimination.

The leisure facility advertised on February 12 New Vision newspaper among others calling for applicants to fill the vacant posts available at the hotel.

“We have read your advert in the New Vision of Monday February 12, 2018 on page 47 titled ‘employment opportunities’. In that advert, you indicate that Serene Suites and Hotel is seeking recruit eligible persons to fill various positions. Among others you are seeking a Hotel manager should be preferably a white person and a restaurant manager who should be preferably an Indian person. You are hereby ordered to make a written explanation as why your hotel seeks to recruit for the above mentioned positions taking into account the prospective applicants’ race and /or origin. The written explanation must reach the commission’s offices by close of business on Thursday February 15, 2018.” Reads the summons. 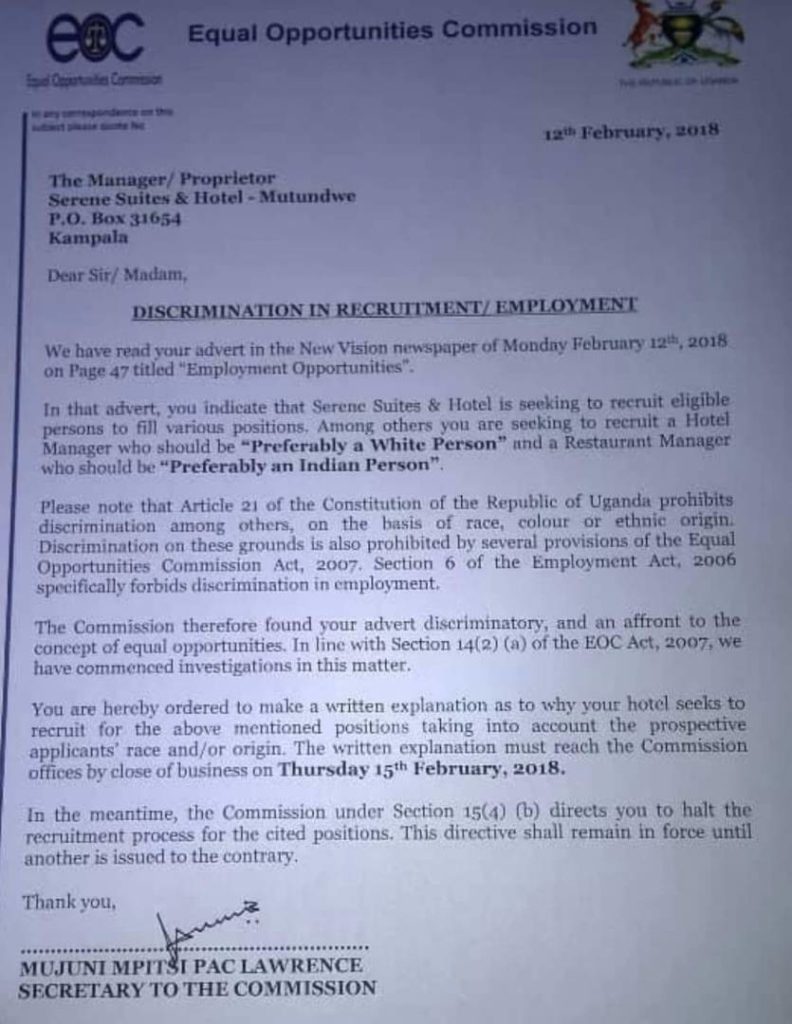 It continues “In the meantime, the commission under section 15 (4) (b) directs you to halt the recruitment process for the cited positions. This directive shall remain in force until another is issued to the contrary” reads the statement signed by Lawrence Mujuni Mpitsi Secretary to the Commission.
Under article 21 of the constitution of Uganda, it prohibits discrimination based on colour, race and ethnic backgrounds.