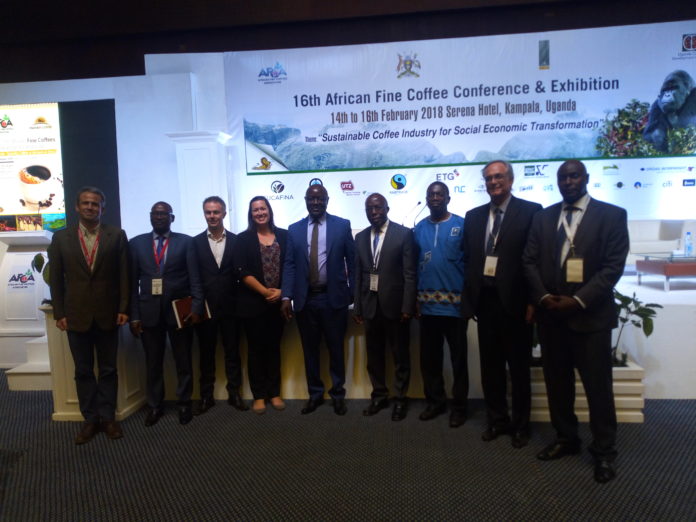 The Uganda Coffee Development Authority has revealed it has intensified its push for the coffee bill to be passed into law.

Addressing delegates at the biggest coffee conference on the continent, the African Fine Coffees’ Association (AFCA) held in Kampala, Uganda, Emmanuel Niyibigira, the Managing Director at Uganda Coffee Development Authority (UCDA), said that they are pushing for the coffee bill to be passed into law to pave way for new innovations, marketing, quality, production incentives and funding for the sector.

He said that the main reason they are pushing for the bill is because they want the farmer to be at the centre of “this commodity (coffee)”. 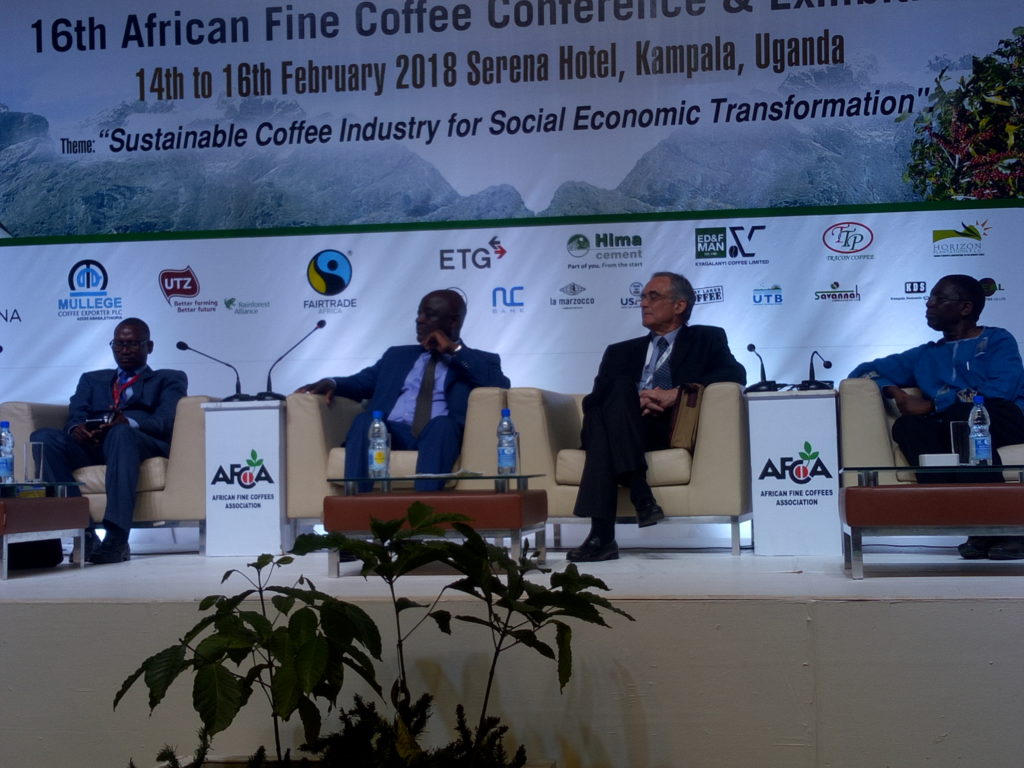 Speaking to media at Serena Conference Center where the conference was held, the State Minister for Agriculture Christopher Kibanzanga said that all of these challenges will be addressed by the current coffee roadmap which was launched by President Yoweri Museveni last year.

According to the Uganda coffee roadmap, government plans to plant 300 million trees per year. It’s optimistic this will increase output of coffee from the current 4.5 million 60-kilograms bags to 20 million bags by 2025.

According to Kibazanga, this will create more than 500,000 jobs in the coffee value chain.

In his Keynote address, Frederick S.M Kawuma, the Secretary General, Inter-Coffee Organisation (IACO) recommended that for the formulation of a comprehensive strategy.

“Perhaps a taskforce could be created to pursue the implementation of the meetings’ recommendations, with the view to develop an AFCA/IACO/ICO project that objectively analyses the issues and provides a roadmap for implementation.”