Uganda Revenue Authority has started investigations into allegations that former Executive Director in charge of Supervision at Bank of Uganda, Justine Bagyenda had evaded paying income tax on her properties.
According to leaked documents,Bagyenda is said to have several houses and plots of land in posh suburbs of Kampala and fat accounts in several banks.
URA has released a non-compliance report that indicates that her tax accountabilities could be Shs7 billion.
“The taxpayer owns a number of property in several areas throughout the country of which a sample list is attached. Some of them are rental properties from which rental income may not be declared to the tax authority. The person has significant amount of fixed deposit in both Uganda Shillings and Dollars of which the source of income is not just salary. I suspect this is under declared income accumulated by the person over years.” The report reads. 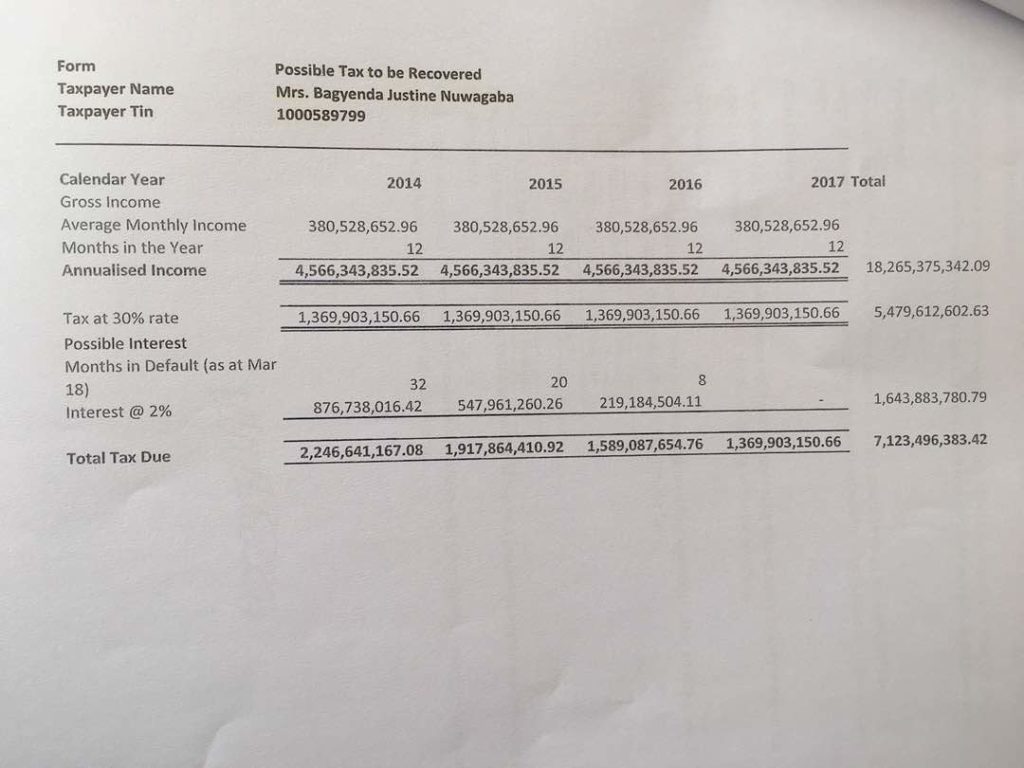 URA says based on the information available there is income approximating to Shs18 billion which could result into a tax liability of Shs7.123, 496.
Meanwhile as URA starts probe, Bagyenda has been kicked out of the prestigious African banking committee of central banks on the continent. And by the time of posting this article, she was on plane to South Africa to handover the chairpersonship of the committee. She can no longer remain a member due to her sacking from BoU.
Bagyenda who is refusing to leave office- is not a poor woman. She has a bank balance of Shs19, 302441,183, details of three bank accounts Eagle Online has so far seen reveal. She made all that money in just six years from 2013 to this year. 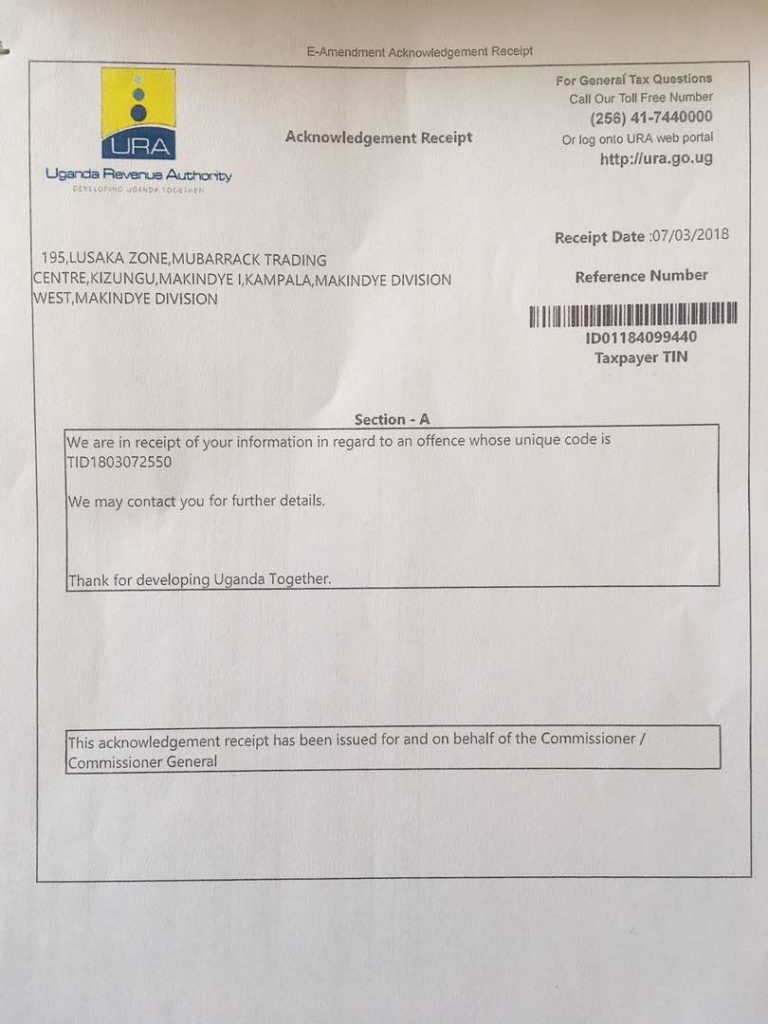 Well, she was until recently, an Executive Director in Charge of Supervision in an institution where money makes the first stop before the hoi polloi who under the usually hot sun of Uganda get a drop of it. At Bank of Uganda, Ms Bagyenda’s role was to supervise commercial banks to ensure they kept true to government’s regulations and all. 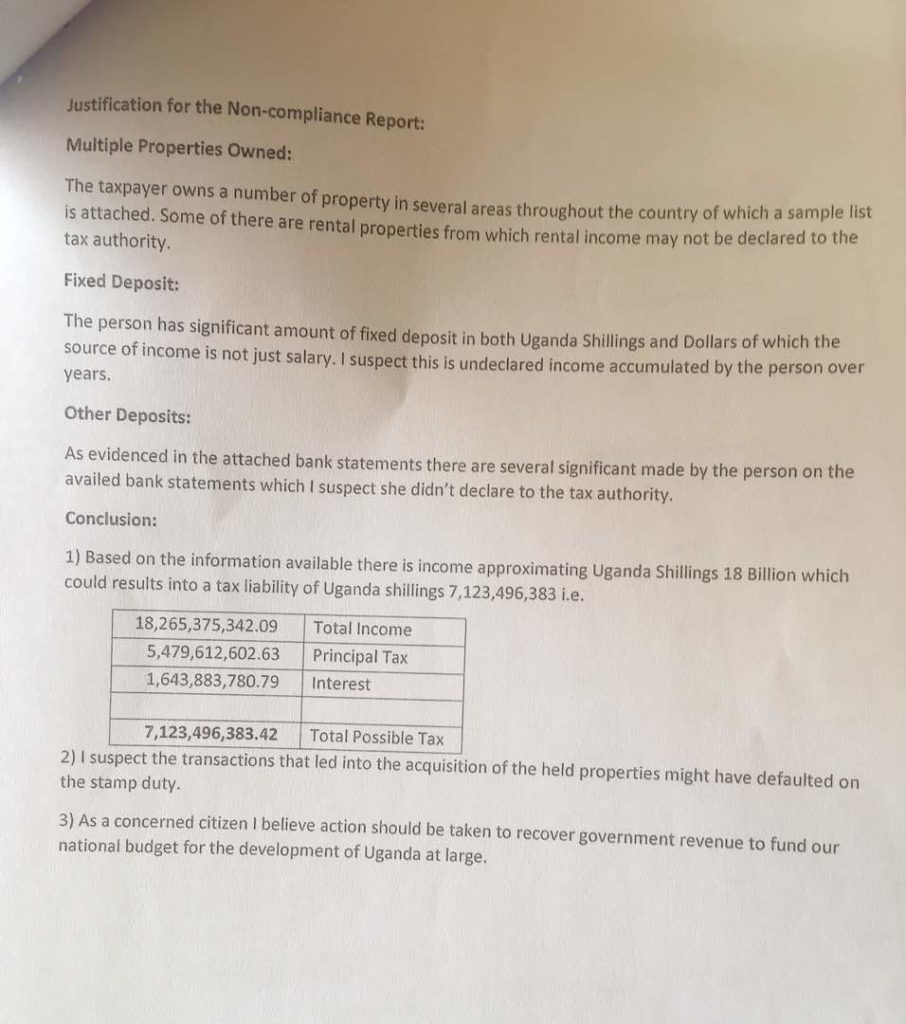 Diamond Trust Bank (DTB) Uganda Limited has apologized to Bagyenda over her leaked bank details.Last week, we published a series of stories detailing the depths of Ms Bagyenda’s bank accounts she has with the bank, including one about how she has a whopping Shs20b sitting on two different accounts.
The stories prompted the bank to investigate the source of information in the bank, and the investigation, reportedly led them to one of their staff who, the Bank leadership claims, was ‘compromised’ and actively participated in leaking account details of their client.