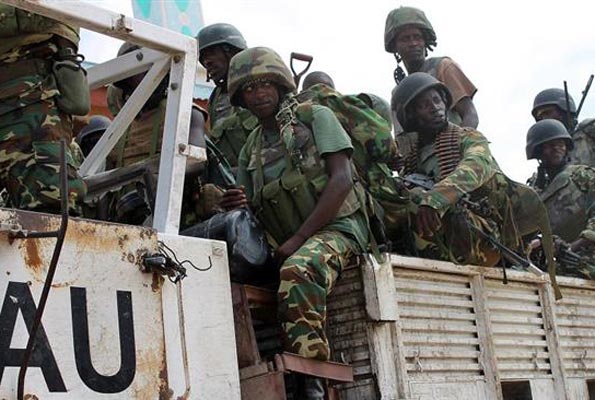 Sixty-eight senior military officers serving under the African Union Mission in Somalia (AMISOM), have received medals and certificates for their efforts to restore peace and stability in Somalia.

The officers from the Troop and Police Contributing Countries to AMISOM, are drawn from Uganda, Kenya, Ethiopia, Burundi, Zambia and Sierra Leone.

“You have done a commendable job and I want thank you for a job well done,” AMISOM Force Commander Lt. Gen. Jim Beesigye Owoyesigire who decorated the officers on Wednesday said.

The Force Commander noted that the officers had made an enormous contribution in enabling the Mission achieves its mandate.

“Some of the officers had their tour of duty extended because of their distinguished service to the Mission,” Gen. Owoyesigire noted.