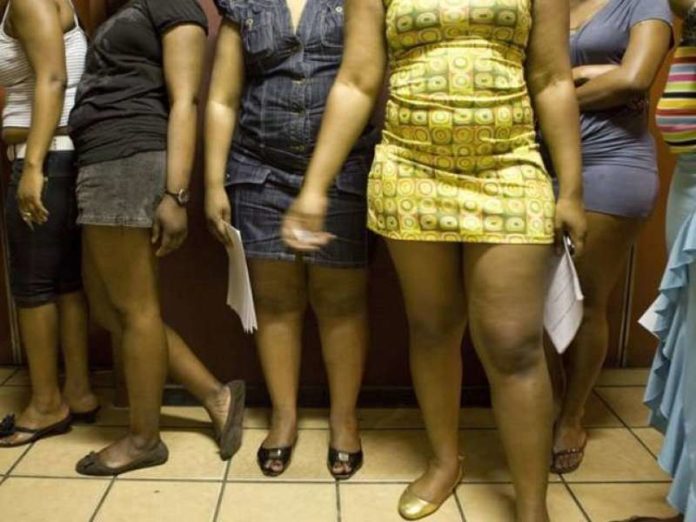 A United Nations (UN) report on human trafficking indicates that Ugandan religious leaders-pastors and imams are involved in trafficking young women to the middle East to work as domestic workers without the knowledge of government.

“Reportedly, pastors, imams, and local leaders at churches and mosques have also assisted in the recruitment of domestic workers abroad, mostly for Middle Eastern countries; these leaders encourage female domestic workers to take these jobs and in turn receive a fee per worker from recruiters,” the report released recently says.

The report says some the have traffickers threatened to harm the victims’ family or confiscated travel documents of victims. The report was released recently as world marked World Day against Trafficking in Persons

According to the report, traffickers exploit girls and boys in prostitution. Recruiters target girls and women aged 13-24 years for domestic sex trafficking, especially near sports tournaments and road construction projects. An international organization estimates there are between 7,000 to 12,000 children involved in prostitution in Uganda.

The report quotes an international organization which reported that most internal trafficking victims are Ugandans, the majority of which are exploited in forced begging. Young boys and girls were the most vulnerable to internal trafficking, mainly for labor or begging in Kampala and other urban areas.

The report also says the authorities subjected some prisoners in pre-trial detention to forced labor. Traffickers subject some children from the DRC, Rwanda, Burundi, Kenya, Tanzania, and South Sudan to forced agricultural labor and exploited in prostitution in Uganda.

“South Sudanese children in refugee settlements in northern Uganda are vulnerable to trafficking. In 2017, individuals from Rwanda and Somalia, including a Somali refugee from Nakivale Refugee Settlement, were victims of internal trafficking. Some Ugandans abducted by the Lord’s Resistance Army (LRA) prior to 2006 remain unaccounted for, and may remain captive with LRA elements in the DRC, the Central African Republic, and the disputed area of Kafia Kingi, which both Sudan and South Sudan claim,” the report says.

Traffickers have exploited trafficking victims from the DRC and Rwanda in sex trafficking in Uganda. In 2017, there were allegations that officials from the office of the prime minister were complicit in several illegal activities related to the refugee settlements, including corruption, sexual exploitation and abuse, and facilitating the movement of vulnerable populations from settlements in Uganda to South Sudan.

Meanwhile the report says the government suspended four high-level officials in the office of the prime minister based on allegations of their involvement in illegal activities in the refugee settlements. “The government is investigating the allegations. There were also several media reports of alleged complicity of police officers in child sex trafficking of refugees and coercion of refugee women to perform sexual acts in exchange for various forms of migration documentation,” it says.

In 2016, Ugandan victims were identified in neighboring countries, including Kenya, South Sudan, and the DRC. Young women remained the most vulnerable to transnational trafficking, usually seeking employment as domestic workers in the Middle East; at times Ugandan women were fraudulently recruited for employment and then exploited in forced prostitution.

Ugandan migrant workers are subjected to forced labor and sex trafficking in United Arab Emirates, Saudi Arabia, Oman, Qatar, Kuwait, Iraq, Iran, Egypt, Turkey, Algeria, and China. Despite the government’s partial lifting of the ban on Ugandans’ travel abroad for domestic work to Saudi Arabia and Jordan, some licensed and unlicensed agencies circumvented safeguard mechanisms established by the government by sending Ugandans through Kenya and Tanzania.

An international organization reported identification of 14 victims in Malaysia and Thailand and additional victims in Poland, Switzerland, and Ukraine. Official complicity may have hindered government oversight of labor recruitment agencies.

Uganda’s Coordination Office to Combat Trafficking in Persons (COCTIP) reported that traffickers appear to be increasingly organized and some may have formed regional trafficking networks. NGOs reported that traffickers are frequently relatives or friends of victims, or may pose as wealthy women or labor recruiters promising vulnerable Ugandans well-paid jobs abroad or in Uganda’s metropolitan areas.

15,000 girls engaged in prostitution in Kenya

About 15,000 girls aged between 12 and 18 years, and who live at the Indian coast towns of Mombasa, Diani, Kilifi and Mombasa, are engaged in prostitution, says the report.

The new report on human trafficking, based on research findings concluded last May.

The report indicates that many of the children are smuggled into the towns from within coast area and outside of the region to be exploited within the tourism industry.

It also shows that boys, bar staff and waiters are increasingly being roped into this tourism-fed prostitution, especially during the tourist peak season. The research titled: ‘Assessment Report on Human Trafficking Situation in the Coastal Region of Kenya’ also says that child sexual exploitation thrives because of the complicity of a broad section of the local community that promotes transactional sex, partly due to high poverty rates.

The report shows that Mombasa is a leading transit route for people smuggled from Ethiopia and Horn of Africa nations to Tanzania and other Southern African nations. Although the main focus of the investigation was documentation of Kenyan victims of trafficking abroad, the report notes that trafficking also took place at the Coast, with the victims coming from the hinterland.

The report says that sexual exploitation of men and women in unregulated cottages is a by-product of this migration. “Girls in the coastal areas of Kenya are often recruited for jobs in the (Persian) Gulf through hair salons and restaurants, but are subsequently exploited on arrival,” says the report.

Meanwhile Kenyan women are subjected to forced prostitution in Thailand by Ugandan and Nigerian traffickers, according to the latest United Nations (UN) Report on human trafficking.