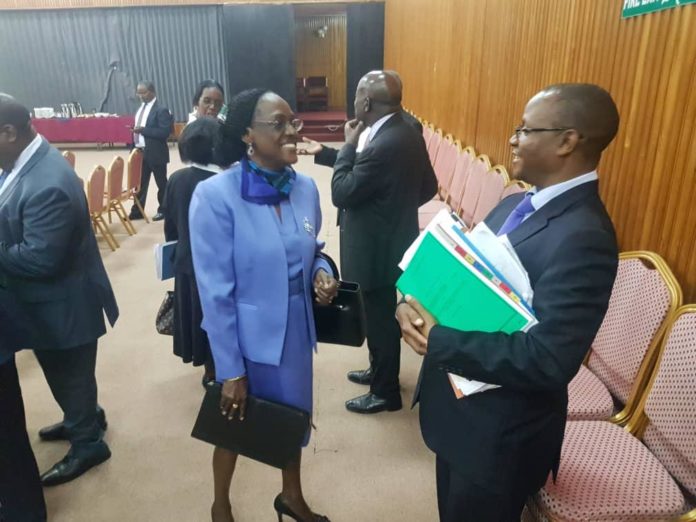 Parliament’s Committee on Commissions, Statutory Authorities and State Enterprises (Cosase) on Thursday rejected documents presented by the Bank of Uganda (BoU) on Greenland Bank, with Committee Chairman Abdu Katuntu saying they are not the quarterly progressive reports spelt under the terms of reference the central bank gave Mr. Benedict Sekabira to act as liquidator of Greenland Bank.

Benedict Sekabira is the director Financial Markets Development Coordination at BoU but has risen through ranks, having joined BoU bank in 1989 as a junior banking officer.

The documents rejected on Thursday by the MPs were analysed by the Auditor General John Muwanga who found them to be lacking in some aspects and so he couldn’t refer them as quarterly reports of Greenland Bank which was closed in April 1999.

The Mps are probing officials based on Mr. Muwanga’s special audit report of BoU on seven defunct banks of which Greenland was part. In the report Mr. Muwanga queries why the loans of ICB, Greenland Bank and International Credit Bank were combined and sold at 93 percent discount to a mysterious Nile River Acquisition Company under the agreement that recognised the English Laws but not Ugandan Laws.

“In the case of ICB, Greenland Bank and Cooperative Bank the total loan portfolio sold of Shs135 billion included Secured loans of Shs34.5 billion which had valid, legal or equitable mortgage on the real property and were supported with legal documentation but were sold to Nile River Acquisition Company at a 93 percent discount,” Mr. Muwanga says in a report he released on August 27, 2018 and had been ordered by government to investigate BoU.

Mr. Sekabira, who superintended over the liquidation of Greenland Bank presented files of what he thought were quarterly progressive reports on the bank’s liquidation process but he was asked to take them back, with MP Katuntu saying they were not helpful to the committee. He said: This matter has reached a point where we need to find whether reports are being held somewhere.”

Mrs. Justine Bagyenda, the former executive director of supervision tried to convince the MPs that the reports were presented in summary to the BoU Board of Directors but was not able to ascertain whether she had the original reports from the liquidator of Greenland Bank, Mr. Sekabira who is at the centre of the liquidation of the bank.

Bagyenda when grilled on Wednesday about issues to do Greenland Bank, said she didn’t have access to the documents since she is not long at BoU, having retired early this year, though this didn’t convince MPs that she was scot-free, the reason she appeared on Thursday.

Bagyenda also tried to convince the MPs that the reports were sent to the office of BoU governor Prof Emmanuel Tumusiime-Mutebile, even as he had earlier on said he had never seen the reports in his office. Katuntu said it was wrong for Bagyenda to make allegations against her former boss.

Her former colleague Margaret Matovu, who also served as BoU, director commercial banking was not sure whether all documents related to Greenland Bank liquidation were in the bank. “Some might be in the bank,” she said when asked whether her office received any reports from Mr. Sekabira.

Kalungu West MP, Joseph Sewungu was bitter with the responses of Ms Bagyenda and Ms Matovu, arguing that the ladies be handed over the police for further interrogation concerning the reports.

The BoU officials return to face the committee tomorrow at 10 am.