The stakeholders agreed that UNOC operates and manages the Kabaale Industrial Park (KIP) to be located in Kabaale, Hoima district as well as commence and engage in petroleum exploration activities within the boundaries of Uganda to ensure sustainability of the oil and gas development.

According to yesterday’s press release, the investment decisions were reached at during UNOC’s second Annual General Meeting of stakeholders held two days ago at its Head Offices in, Nakasero, Kampala. The AGM was chaired by Energy minister Eng. Irene Muloni and attended by Finance Minister Matia Kasaija.

The stakeholders pledged to support and commit finances required for the execution of the projects. “UNOC is the one representing our business interest (Government) in the oil and gas industry and we are positioning it to be able to represent us effectively and be able to make money for us,” said minister Muloni. 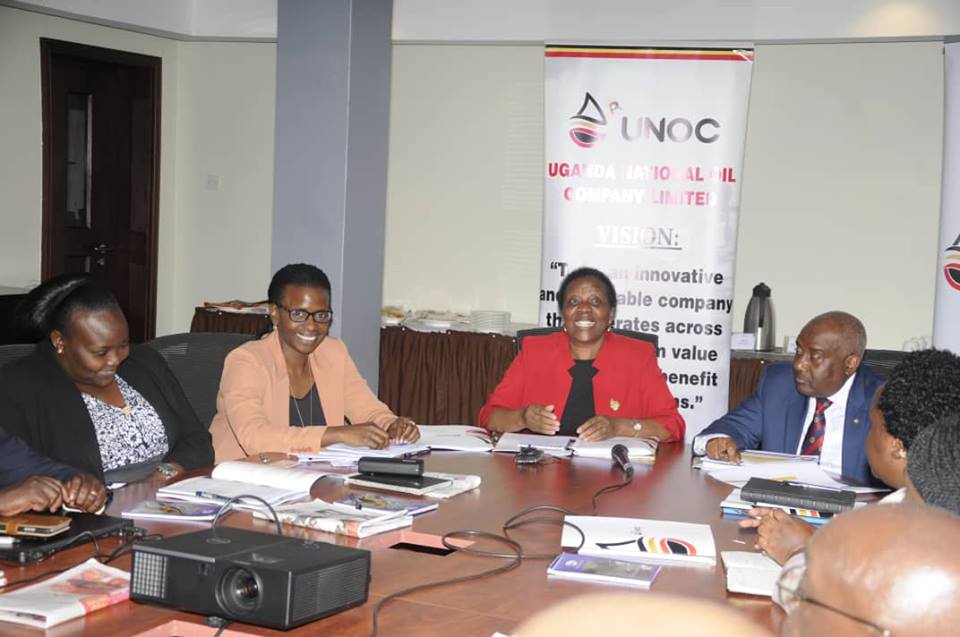 UNOC was established under Section 42 of the Petroleum (Exploration, Development and Production) Act (Upstream Act) and Section seven (7) of the Petroleum (Refining, Conversion, Transmission and Midstream Storage) Act (Midstream Act), both of 2013. The Company was incorporated under the Company’s Act of 2012 as Limited Liability Company wholly owned by the Government of Uganda.