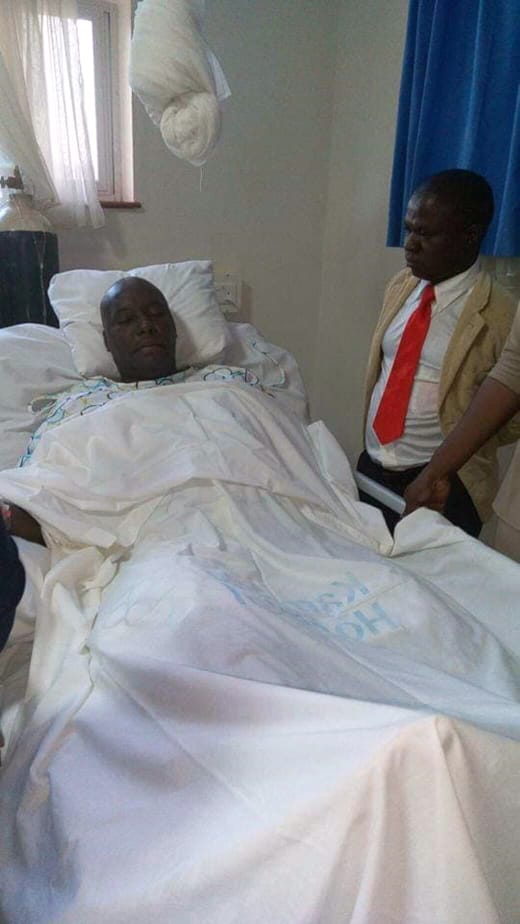 Nakawa Member of Parliament, Michael Kabaziguruka has this Sunday, March 10, 2019 been involved in a second nasty accident in less than a year.

The opposition Forum Democratic Change (FDC) legislator is currently receiving treatment at a health centre in Matugga after his car was involved in a head-on-collision along Bombo Road in Kampala.

Reports quote the MP to have said that he is now out of danger after the medics managed to control the bleeding.

“I have a head-on collision with a car belonging to a colleague (fellow) Member of parliament,” Kabaziguruka is to reported to have said from the clinic without disclosing the particulars of the colleague.

However, he is complaining of chest pain and is unable to move.

Deputy Police spokesperson, Patrick Onyango told reporters that he had not been briefed about the incident.

This comes when the MP was recovering from a previous road accident which left him with multiple fractures.

In July last year, Kabazigurika was involved in a semi fatal accident at Lugogo, while he was driving in an Ambulance to pick up patients.

The ambulance van he was driving collided with a truck near UMA show grounds, Kampala. The condition restricted him to a wheelchair for a lengthy period.

Nine months down the road, he said, his condition continued to deteriorate and doctors recommended that he flies to China for more specialized treatment, but he was unable to raise the money.