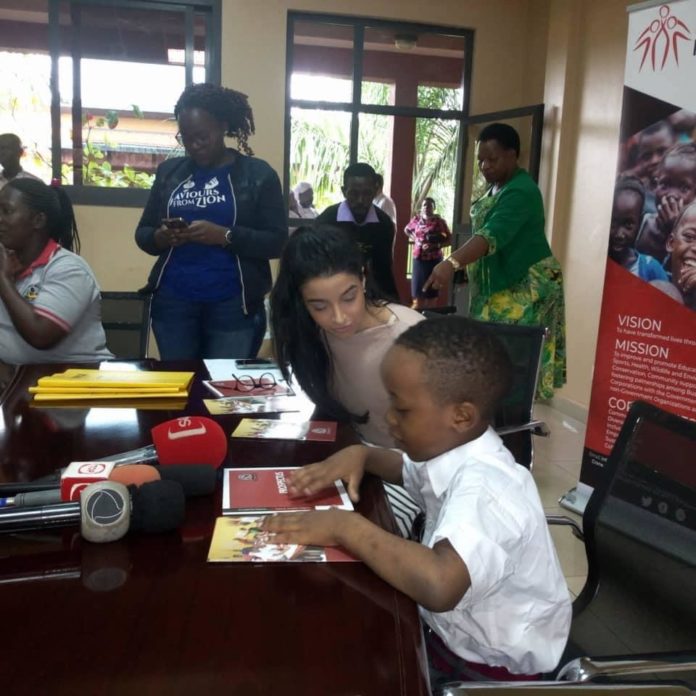 Seven-year old Ugandan rapper, Patrick Senyonjo, aka Fresh Kid, has finally been unveiled At Kampala Parents School following MoU with Ruparelia Foundation.
The musician thanked the Ruparelia family for the opportunity as he promised to study as he develops his music career.

In Mid-April, Sudhir Ruparelia’s family has gave the young musician scholarship at Kampala Parents School.
Rajiv Ruparelia, the Managing Director Crane Management Services, said then the award of the scholarship to Fresh kid was in line with Ruparelia Foundation and but would also boost the young man’s education path. 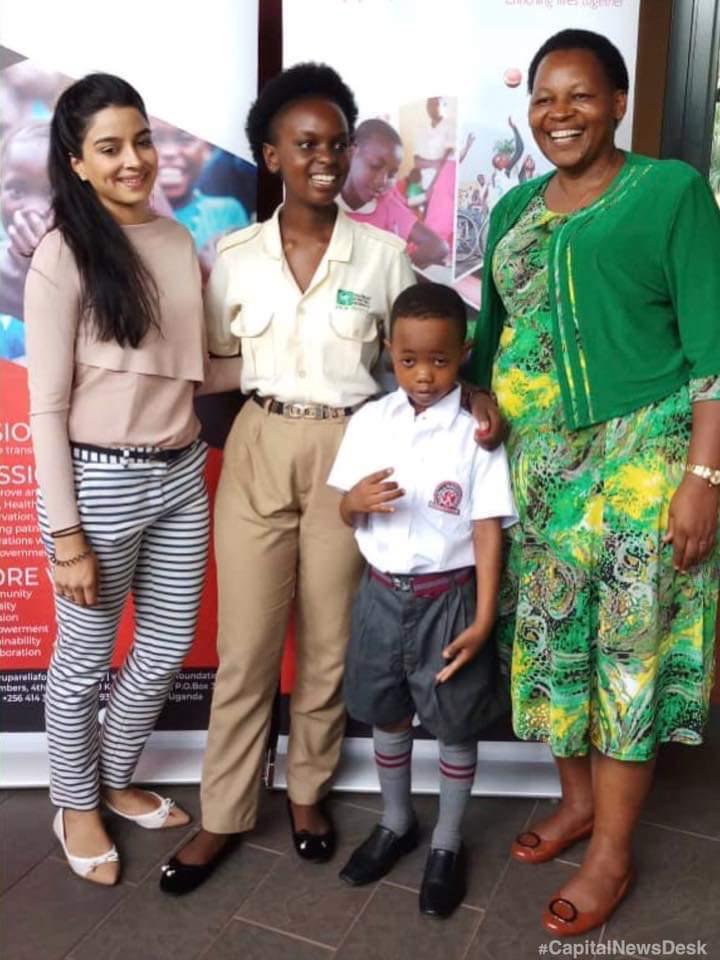 “I was moved by his ambition being only seven years old. I would love to see him become a guide and inspiration to many young people out there hence, Ruparelia Foundation is presenting this young man with a full scholarship from the Ruparelia Foundation to go to Kampala Parents School,” Rajiv said then.

Fresh Kid’s promising career almost ground to a halt when State Minister for Youth & Children Affairs Florence Nakiwala Kiyingi ordered him to stop singing and return to school but should later soften, allowing the musician to have a special timetable for his music.

At Kampala Parents, a day school, Fresh Kid has a chance to pursue his music career and study in one of the best schools in the country, something that his underprivileged background wouldn’t have allowed him, if his talent hadn’t opened the doors.

Fresh Kid was recently nominated in the 2019 Carolina Music Video Awards. The rapper earned his nomination in the category of the best video for the month of April 2019. His song entitled ‘Bambi’ that displayed the ghetto livelihood in its video helped him get the nod.