The National Resistance Movement party has nominated 22 members of its members to the Appointments Committee of the 11th parliament  and among them are Labour, Gender and Social Development Minister Frank Tumwebaze and State Minister for Health in charge of Primary Health Care Dr. Joyce Moriko Kaducu.

“I write in compliance with rules of parliament to forward to your office the names of twenty two (22) nominees of the National Resistance Movement to the Appointments Committee of Parliament”. The NRM Secretary General, Justine Lumumba wrote to the Speaker of Parliament, Jacob Oulanyah on May 28, 2021. 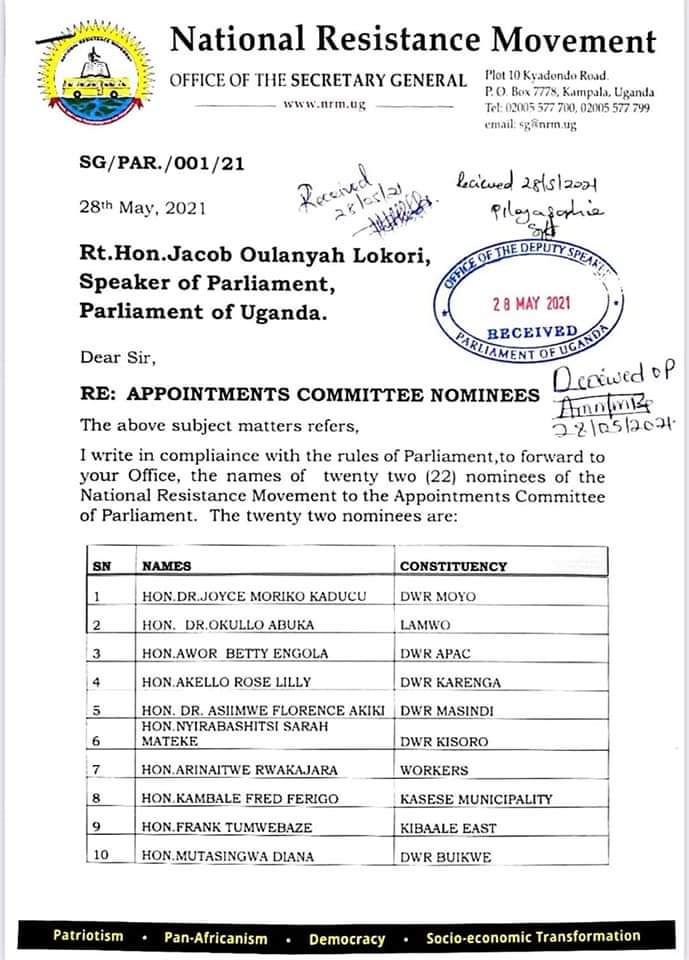 The committee is supposed to vet nominees for appointments to parliament including incoming ministers and heads of government parastatals and therefore, those whose names are on the list will either excuse themselves once appointed to any office. 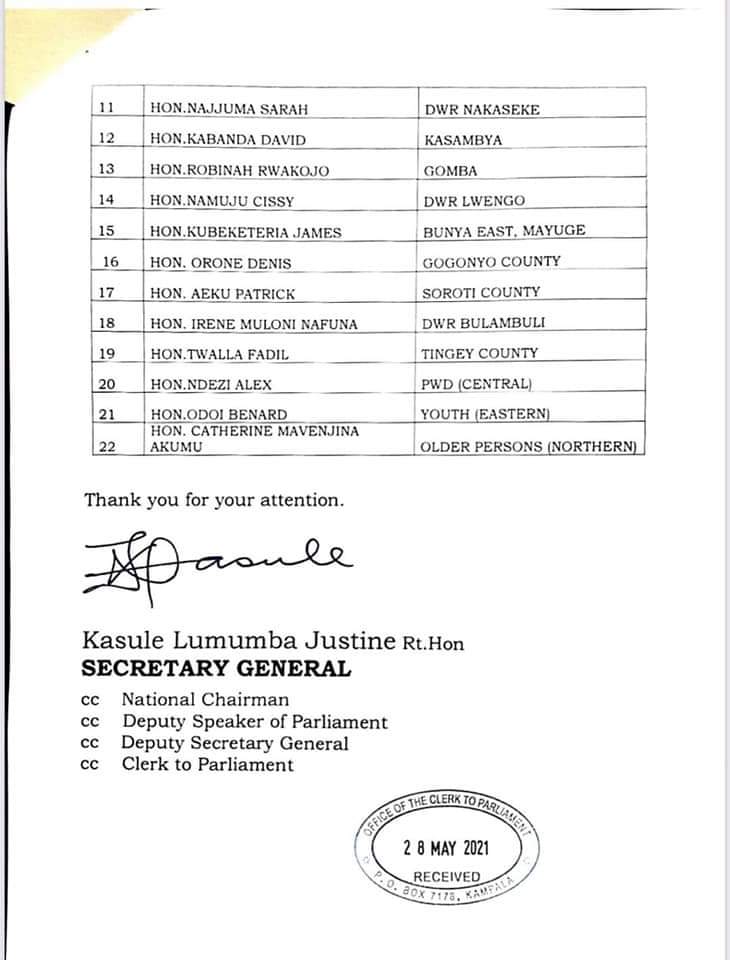