Over the past months the 17-year old Malia has visited other universities that include Brown’s University, New York University, the University of California at Berkeley and, Barnard College. 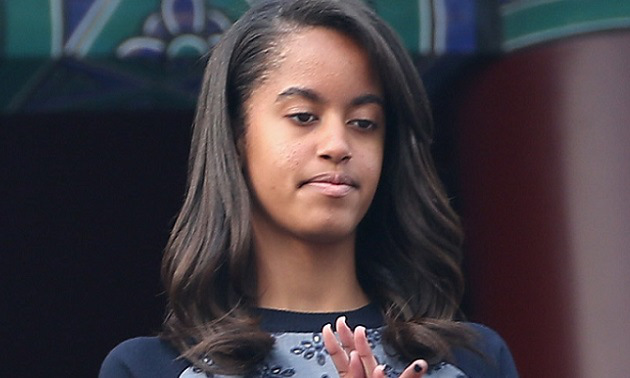 Recently Malia visited Brown University but according to analysts, President Barack Obama’s eldest daughter is likely to settle for her father’s Alma Mater, Columbia University, while others speculate she will choose her father’s ‘favourite university’, Stanford. Well, if Malia goes to Stanford, she will follow in the footsteps of Chelsea Clinton, the daughter of 42nd US President Bill Clinton and wife Hilary Rodham Clinton. Malia will also become the 10th ‘First Child’ in the last 50 years, to get a college/university education while at the White House.

Lynda Bird Johnson Robb – The oldest daughter of the US 36th President Lyndon B Johnson, she went to National Cathedral School in Washington D.C and University of Austin at Texas (1966).

The oldest child of President John F. Kennedy, Caroline went to Radcliffe College at Harvard University, and earned a law degree from Columbia Law School in 1988.

The younger Kennedy attended Brown University where he majored in history. He graduated with a law degree from New York University (NYU) School of Law in 1989, though he failed the bar exam twice, before passing on his third try.

Amy Carter, the youngest daughter of President Jimmy Carter, attended Brown University but was dismissed in 1987 for falling behind in her classes.

She graduated with a bachelor of fine arts from the Memphis College of Art in 1992 and earned a master’s degree in art history from Tulane University.

Chelsea Clinton could be the first child with the highest educational credentials. The only daughter of President Bill Clinton, she graduated with highest honors from Stanford with a history degree.

She then attended University College of the University of Oxford, where she graduated with a master of philosophy in 2003.

Clinton earned a graduate degree from Columbia’s Mailman School of Public Health in 2010 and earned doctorate from Oxford in 2014.

Jenna Bush Hager — University of Texas at Austin Class of 2004

Jenna, the younger fraternal twin, attended University of Texas at Austin where she graduated with an English degree.