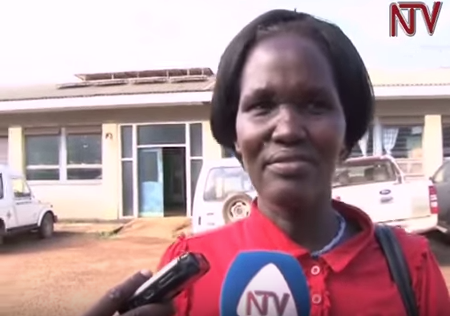 A  senior medical officer at Abim Hospital is under intense pressure from her bosses at the district headquarters, to explain why disciplinary action should not be taken against her for revealing ‘unauthorised information’ to the Forum for Democratic Change presidential flagbearer Col Dr Warren Kizza Besigye. 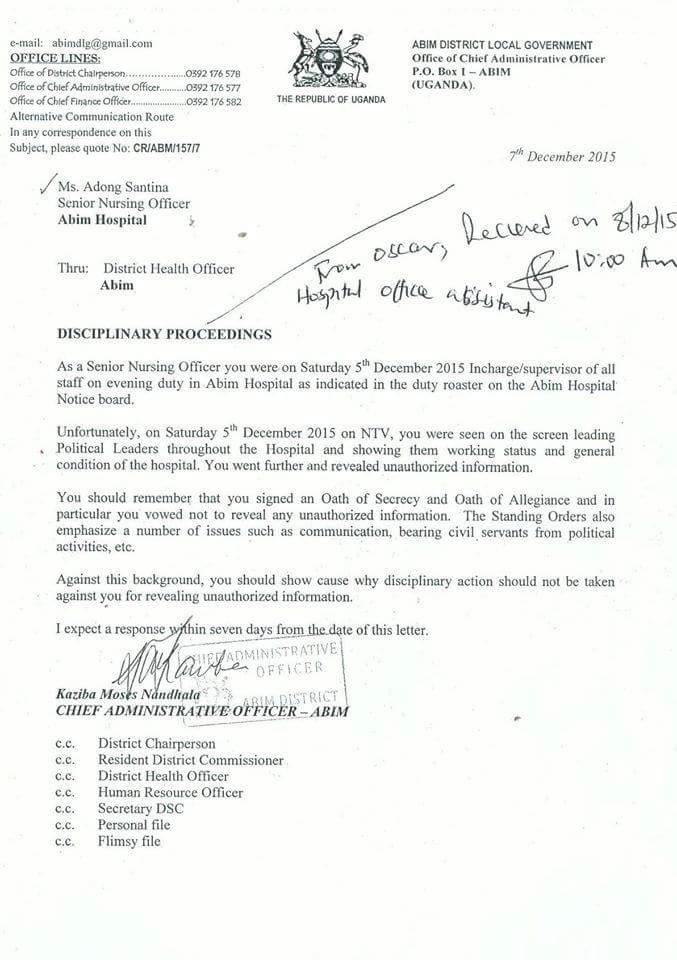 On December 7, the Abim Chief Administrative Officer Moses Kaziba Nandhala wrote to Senior Nursing Officer Santino Adong, telling her that she breached the Oath of Secrecy and the Oath of Allegiance when she told a visiting team of Dr Besigye and other FDC stalwarts about the present condition of the hospital.
‘Unfortunately, on Saturday 5th December 2015 on NTV, you were seen on the screen leading political leaders throughout the hospital and showing them working status and general condition of the hospital. You went further and revealed unauthorised information,’ the CAO’s letter that is copied to the Abim District Chairman and Resident District Commissioner, among others, states in part.
You should remember that you signed the Oath of Secrecy and the Oath of Allegiance and in particular you vowed not to reveal any unauthorized information. The standing orders also emphasise a number of issues such as communication, bearing (sic) civil servants from political activities, etc,’ the letter, that threatens disciplinary action against Sister Adong, adds.