President Yoweri Museveni has today arrived in the Saudi Arabian city of Riyadh for a two-day state visit at the invitation of His Majesty King Salman bin Abdulaziz Al Saud.

The President was later received at the Al Yammamah palace by the custodian of the two Holy Mosques, His Majesty King Salman Bin Abudulaziz Al Saud for the welcome ceremonies, which were performed by officers and men of the Saudi Arabian armed forces. 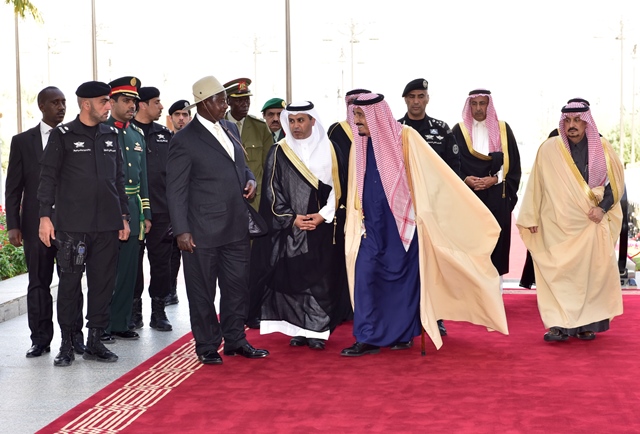 The two leaders held tete-a-tete talks followed by bilateral talks attended by officials from both countries. The President was later hosted to a State Banquet by H.M King Salman bin Abdulaziz Al Saud.

During the visit the President will meet and hold talks with the Deputy Crown Prince, HRH Prince Mohammed Bin Salman bin Abdulaziz Al Saud, second Deputy Premier and Minister of Defence. He is also expected to hold a meeting with the President of the Islamic Development Bank H.E Dr Ahmed Mohamed Ali Al Madan, and the Secretary General of the OIC, HE Dr. Iyad Ameen Madani. The President will later address the Council of the Saudi Chambers of Commerce and Industry together with selected industrialists. 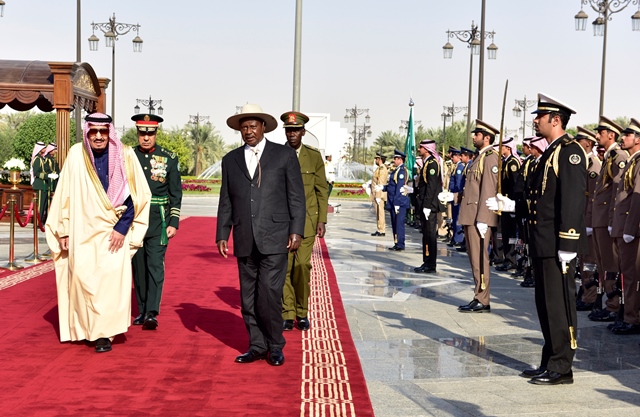 On arrival President Museveni was received at the King Khaled International airport by HRH Faisal bin Bandar, the governor of Riyadh Province, Kingdom officials and the Ugandan Minister of Foreign Affairs Sam Kutesa.