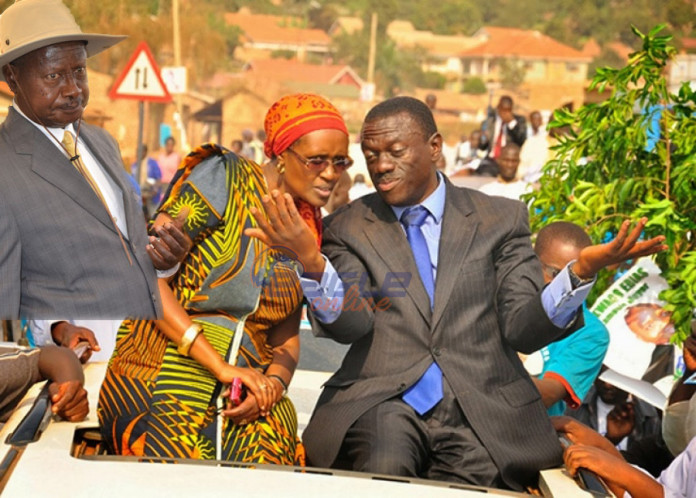 Forum for Democratic Change presidential candidate Kizza Besigye has said his differences with President Museveni are not over his wife Winnie Byanyima.

Besigye, who was in Nakaseke district on the campaign trail, he for the first time, commented about reports that his disagreement with Museveni is over Ms Byanyima who was very close to President Museveni during and after the Luwero Bush war. Eng. Byanyima later married Dr Besigye.

He said: “our differences are not over a woman” but deviation from fundamental issues that took NRA, now UPDF to the bush.

Dr Besigye’s remarks came on the same day his wife attacked independent presidential candidate Amama Mbabazi for perpetuating violence against the supporters of her husband.

Some people have attributed the differences between Dr Besigye and Museveni as social, not political, which both parties have strongly dismissed.