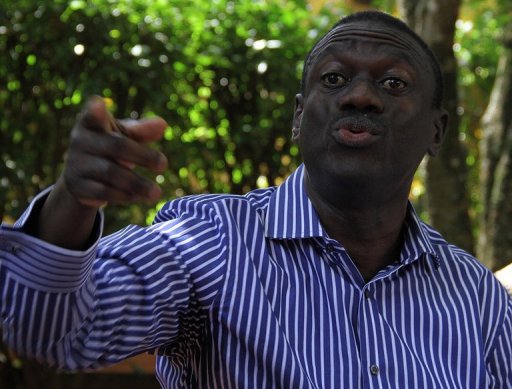 The Forum for Democratic Change flag bearer Dr Warren Kizza Besigye has changed his mind and now says he will participate in the presidential debate slated for tomorrow, January 15.

Word doing rounds had it that Dr Besigye and the National Resistance Movement (NRM) candidate Yoweri Museveni had pulled out of the debate that is organised by the Inter Religious Council of Uganda (IRC-U) and the Elders Forum.

But yesterday, Elders Forum chairperson retired Justice James Ogoola Munange said the debate would go on even if the two candidates did not put up a show.

Justice Ogoola’s affirmation followed comments attributed to Dr Besigye, indicating that the debate would lose meaning if Museveni, the incumbent president, does not turn up.

As for Mr Museveni, his ‘no-show’ was recently relayed to the media by NRM Secretary General Justin Kasule Lumumba, who said that their party candidate will not participate in the debate because of his busy campaign schedule.

The imminent ‘no-show’ of frontrunners Museveni and Dr Besigye caused anxiety and there were mixed reactions to the development, with some eminent voices including the former boss of the Uganda Investment Authority (UIA) Dr Maggie Kigozi and Dr Besigye’s wife Winnie Byanyima, the Executive Director of Oxfam, urging the FDC flag bearer to participate.

The race for State House has attracted eight contenders, but Museveni, Dr Besigye and former Prime Minister and Go Forward candidate John Patrick Amama Mbabazi seem to command a lot of support. They also have a lot of resources at their exposure and have so far been able to carry out campaigns in almost all designated areas.