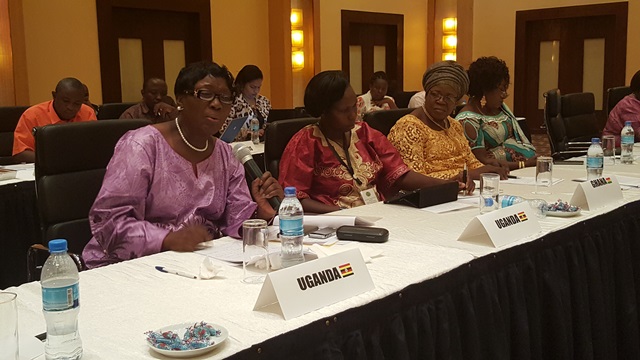 The Speaker of Parliament, Rt Hon Rebecca Kadaga, has said that political parties in Africa need to support women candidates because their financial limitations represent a substantial obstacle for them making a contribution in the governance of their countries.
Kadaga made the remarks while closing a four-day Commonwealth Women Parliamentary Conference (Africa Region) in Dar-es-Salam, Tanzania on Friday, 22 January 2016.
“Women have the confidence to run for public office. They have good public speaking skills and can mobilise the support of local groups. Their only setback is inadequate financial strength,” she said.
Laddi Ayii Ayambo, a Member of Parliament from Ghana, reiterated that it is critical to fund and help women in political parties because when women remain under-represented in the political arena, their expertise and perspectives on policy agendas is underutilized.
Lindiwe Maseko, Chairperson Commonwealth Parliamentary Association explained that increased presence of women in political offices helps parties to compete more effectively and thereby drawing attention to important policy issues that have previously been overlooked.
The meeting resolved to encourage all political actors to promote equal participation of women and men in political parties, with a view to achieving better gender-balanced representation for elected public offices at all levels of decision-making.
In a related event, Kadaga advocated for the recognition and celebration of the achievements of women who took part in the liberation struggles across Africa and in the Commonwealth. She explained that their efforts have had an impact on the social, political, academic and entrepreneurial spheres of countries.
“Women, particularly in Africa, were part of the struggles before and after independence,” she said adding that: “it is important to acknowledge the struggles of these women some of whom were united to fight against gender-based injustices.”
The Commonwealth Women Parliamentarians applauded Kadaga for her activism and resolved to celebrate the lives and works of dynamic and inspiring women world over.
Post Views: 570

You are the love of my life – Pastor Jessica Kayanja...