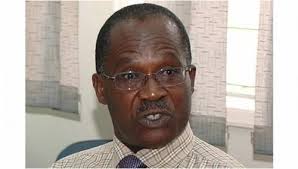 A Kenyan national, Khalima Abdalla, has been arrested in Uganda for human trafficking.

According to a release by the police Deputy Spokesperson Polly Namaye, Ms Abdallah, a resident of Makindye Division in Kampala is suspected of using her company in 2015 to recruit people for the benefit of employment in countries like Saudi Arabia and United Arab Emirates (Dubai) as housekeepers and cleaners, contrary to section 3 (I) of the Prevention of Trafficking Act.

The operation to arrest Ms Abdallah was carried out in partnership with Kyampisi Child Ministries, a local NGO, and cases have been preferred against her and ‘others still at large’.

In the release Ms Namaye said police at the Special Investigations Division (SID) Kireka received communication of sexual harassment, assault, denial of payment and abuse of the girls taken by Ms Abdalla’s company.

Subsequently, 34 girls were intercepted and denied travel to the Middle East, while over 100 passports, ‘fraudulently acquired’, were also confiscated from the office of the suspected traffickers. By press time it was not possible to establish how the passports were acquired.

Meanwhile, According to Kyampisi Childcare Ministries, ‘so many girls that were trafficked are still stranded in the middle east countries’.

In the wake of several complaints related to human trafficking to the Middle East, about a week ago the Minister of Gender, Labour and Social Development Wilson Mukasa Muruli, wrote to the Ministry of Foreign Affairs in Kampala, informing the officials of the cancellation of a labour export agreement signed between Uganda and Saudi Arabia last year.