Nonetheless, Polly Namaye, the Deputy Police spokesperson, denied claims that they have blocked the group from visiting Dr. Besigye.

“We are also trying to verify who these people are.” The group is led by Right Rev Bamushangire, Rt. Reverand Kanyonyi and Reverend Kahangirwe,” she added. There had also been rumors that the Rukungiri Mayor Charles Makulu among others had been arrested. 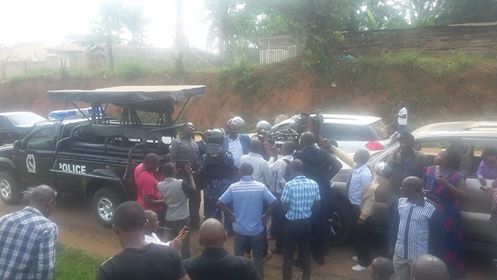 A section of Uganda Police Force has since February 18 camped on the former FDC president’s farm.