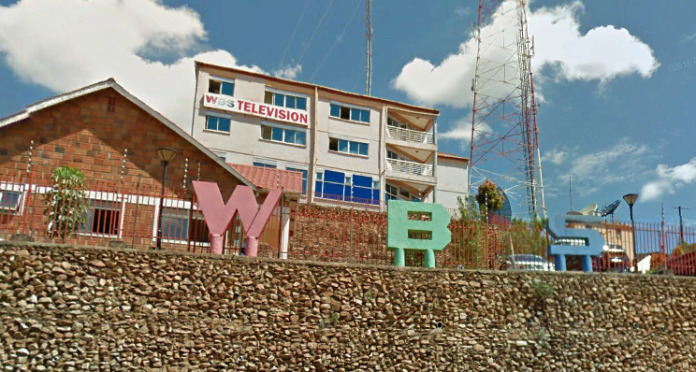 Abiselem Waiswa, Manager Debt Collection URA told EagleOnline WBS had let its Pay as You Earn [PAYE] and Value Added Taxes [VAT] accumulate to Shs7.2billion, more than any other company in the country.

WBS TV, one of the oldest private Media stations in the country is, according to sources, going through a hard time balancing its books and it’s not surprising that the tax man raided it barely a week after rivals NBS TV threatened to drag them to courts for airing their content without permission.

“Its true URA as mandated by the government has taken over the television by means of appointing a substantial manager to run the business on our (URA) behalf as we collect the money to pay the tax debt,” Mr Waiswa told this website.

“The rumours on social media that we have raided WBS are exaggerated. Placing a creditor into Receivership is one of the modern methods of enforcing collection,” he added.

The Nakawa based tax body then tweeted, “We have not closed WBS, and We have only used one collection method among many to collect arrears. WBS is still going strong.”

“The Receiver has been given mandate to appraise WBS operations & collect funds to settle arrears. WBS is still owned by Prof. Wavamunno, different management.

“Considering associated effects like loss of employment. This could enable us collect the arrears without necessarily closing down the TV.

The station managers immediately issued a statement on their Facebook page announcing the sudden change in supervision. 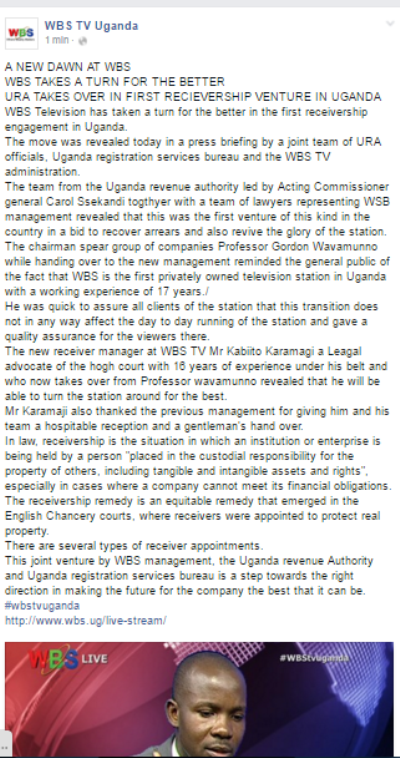 In January this year, the station was published on top of Uganda Revenue Authority’s tax defaulters’ shame list so it was simply a matter of time before the siege.