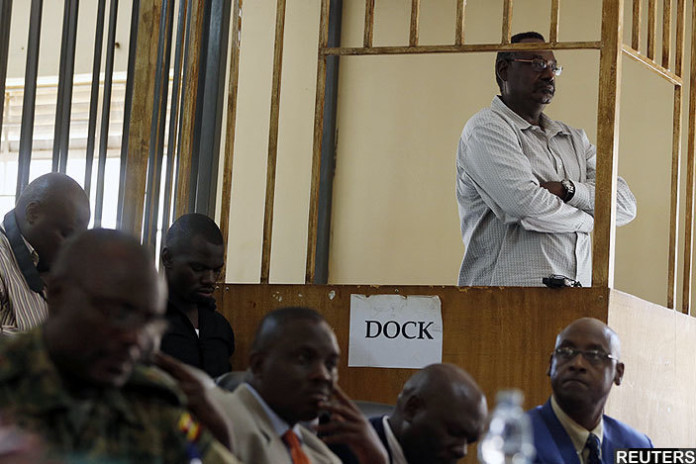 The former army bigwig is seeking to be declared as having been constructively retired from the army.

Gen Sejusa’s lawyers Max Mutabingwa and Kenneth Munungu argue that on December 3, 2014, he applied to be retired officially from the army and expected a reply within 90 days but he did not get any and the time limit under section 66 of the UPDF Act had expired.

The case hearing at the High Court last week flopped after government failed to file new evidence challenging Sejusa’s application with George Kalemera, a senior State Attorney in a reply to Gen Sejusa’s submissions, denied allegations that the Former Coordinator of Intelligence Services boss’ lawyers had served them with a copy of the petition.

He also indicated that the refusal to pay him his salary, withdrawal of his uniforms, housing and transport allowances and guns among others amount to ‘constructive discharge’ from UPDF.

“The army went ahead to stop paying his salary and withdrew all his benefits which left him with no option but to enjoy his freedom as a civilian and has been living as such. So it’s against this background that Sejusa wants the High Court to declare him as having been constructively retired from the army,” his lawyers submitted to court.