Home News Kampala Mayor Lukwago denied office, salary
Facebook
Twitter
Pinterest
WhatsApp
Kampala Lord Mayor Erias Lukwago has been blocked from returning to office until he is sworn in for new term on May 20, the Auditor General says.
In a Wednesday April 13th letter addressed to the executive director, Jennifer Musisi, the Solicitor General Denis Bireije said Mr Lukwago would be in contempt of court orders to access the office of the Lord Mayor, perform any function or derive any benefit (salary) in the current term unless until the Court orders otherwise.
The embattled politician claims to “was in complete control of my office” after he sent his aides to dust the shelves revealing that if KCCA blocks him by Thursday, he will take them to court.
“I am in constructive possession of the office. I am incumbent. Is Museveni going to assume office after May 12? What about the re-elected MPs, (with that reasoning) should they be out of parliament until swearing in?” He said KCCA cannot be talking about the interim order issued by Justice Kavuma which has long elapsed.
“You cannot keep renewing an interim order. It doesn’t act in perpetuity,” Mr Lukwago was quoted by local  media as saying last Friday. 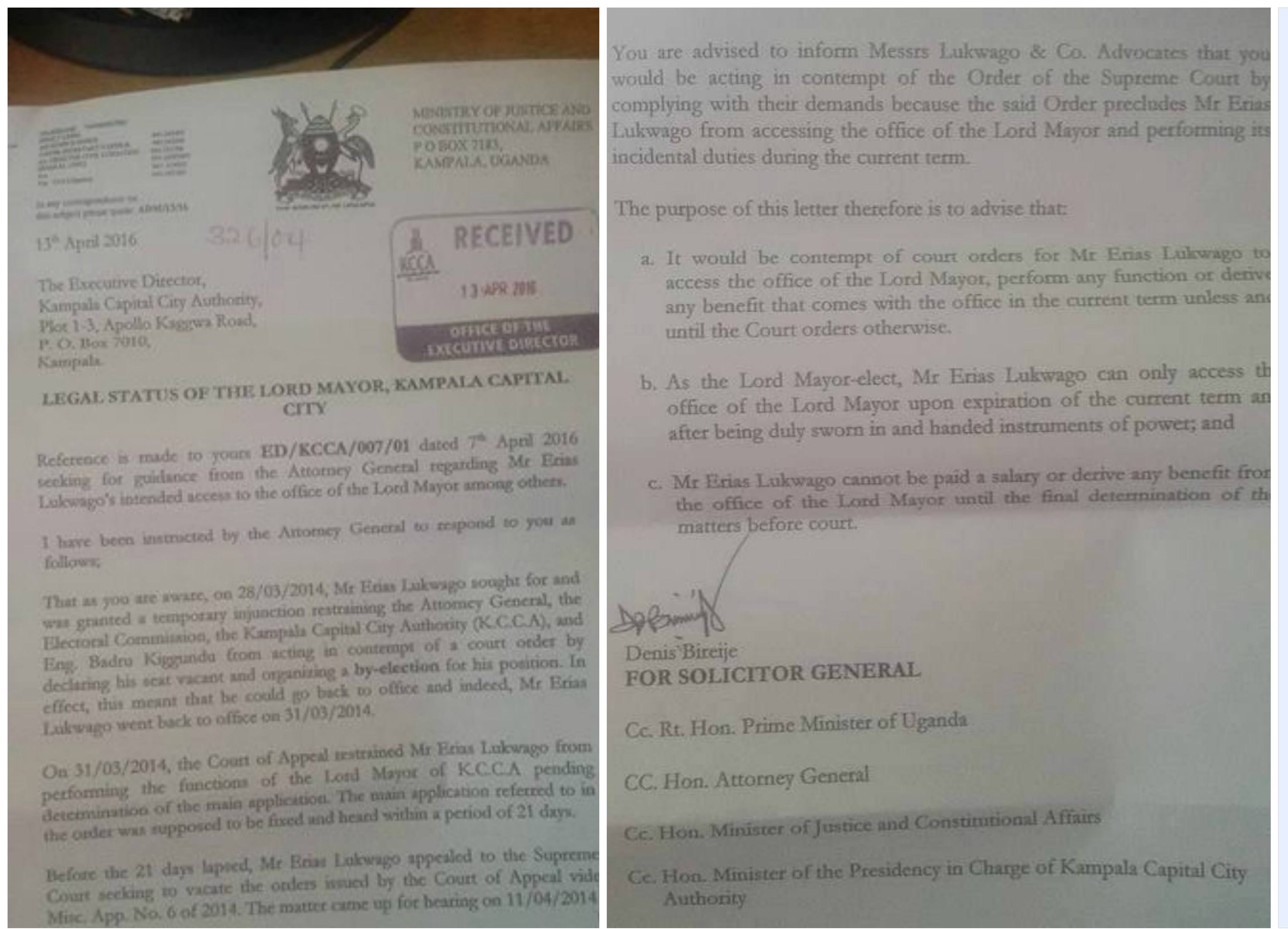 Lukwago was removed from office by impeachment by 29 KCCA councilors in November 2013 over incompetence and abuse of office. He petitioned the High court, Court of Appeal and the Supreme Court seeking his reinstatement.
Lukwago was re-elected lord mayor in the 2016 elections with over 75 per cent win beating NRM’s Daniel Kazibwe popularly known as Ragga Dee and DP’s Issa Kikungwe.
According our ears inside City Hall, the economic and political animosity is set for a continuation led by Madam Musisi over who ‘owns’ Kampala.