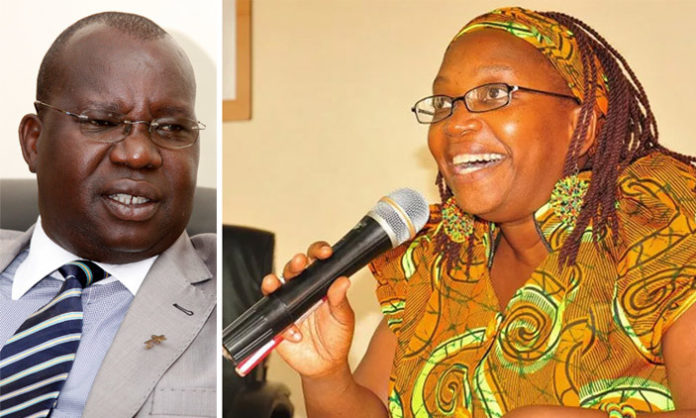 Dr. Nyanzi who works at Makerere Institute of Social Research stripped and shared nude pictures on social media protesting the closure of her office which she later regained.

She was protesting outside her locked office calling her boss, the executive director of MISR Prof. Mahmoud Mamdani, an oppressor.

When Makerere Vice Chancellor Professor Ddumba Ssentamu attempted to talk to her, the irate Nyanzi told him off: “I’m handling the matter”.

She added: “I will not allow Dr. Mamdani to access his office until I can access mine. He is a criminal. I got in here on merit not as favour.”