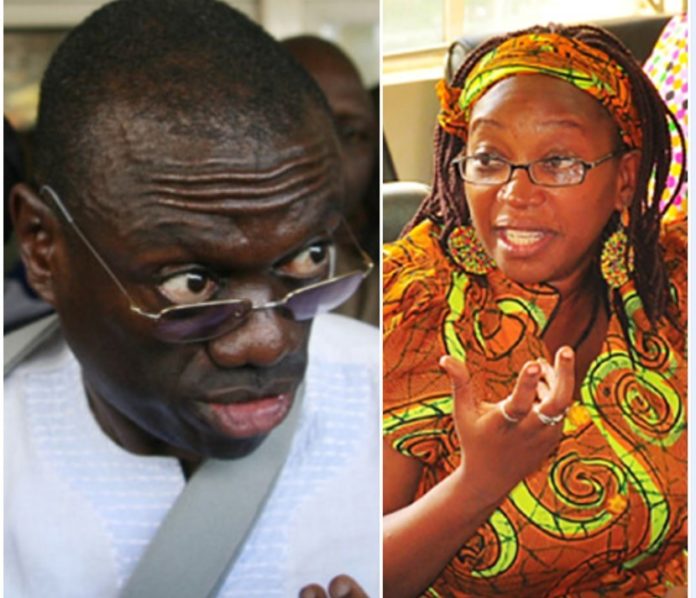 Stella Nyanzi, the eccentric and outspoken Medical anthropologist with Makerere Institute of Research and a die hard supporter of Kizza Besigye has been defended by the opposition strongman’s aides.

Dr. Nyanzi who is now Uganda’s latest ‘kitone’ queen on Monday live on national television stripped and shared nude pictures on social media protesting the closure of her office. 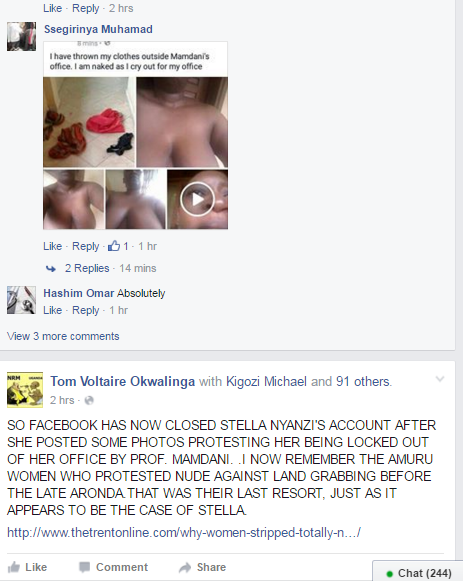 TVO’s stance was re-echoed by flamboyant Kampala City councilor and activist Mohammed Seggirinya who likes melodrama, has had a fair share of running battles with police.

Nyanzi clashed with Mamdani after she refused to teach on his PhD program which she says was not in her contract.

Alaka, Galisonga, Muyizzi (AGM) and company advocates lead lawyer, Julius Galisonga, touted as Dr. Besigye’s best legal mind spent the whole morning on Facebook also trying to clarify Stella Nyanzi’s position ‘urgently’ after she was given back the keys to her office has been reopened by top Makerere University officials led by the University Vice Chancellor Prof. Ddumba Sentamu and Police. 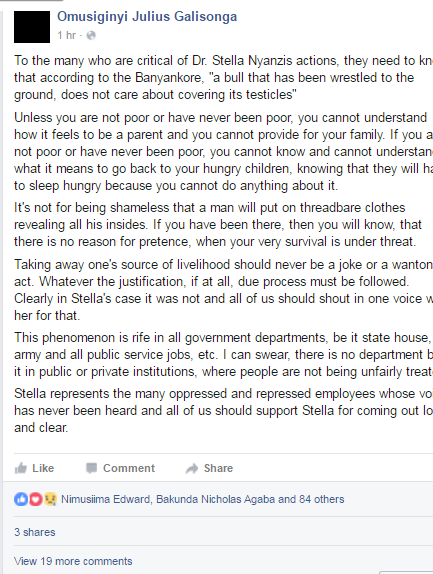 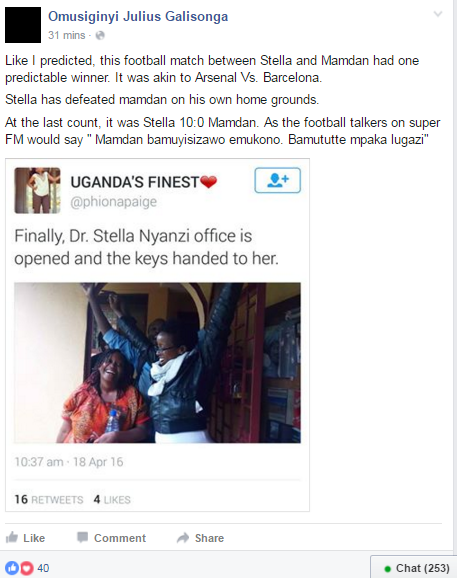 Another group of Besigye propagandists made rants and voices of support via Twitter led by Shawn Mubiru, who is in charge of communications for Besigye’s Forum for Democratic Change (FDC) party. 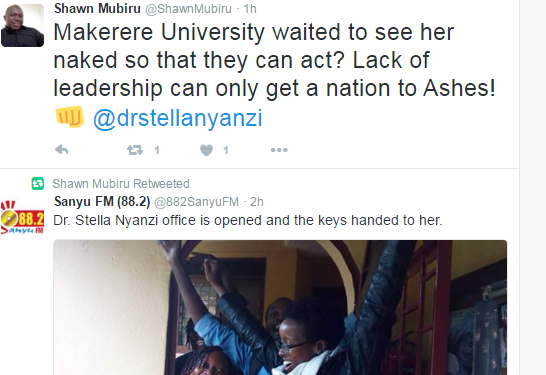 Ethics and integrity state minister Simon Lokodo also had his share of abuses for suggesting that Dr. Nyanzi had gone overboard with her protest before ordering police to apprehend the erratic Makerere University professor.

According to Lokodo, Dr. Nyanzi will be charged under the Anti-Pornography Act. If court finds her guilty of the offence as per Clause 3 of the Act, she will get a two-year jail sentence or a fine of 500 currency points or both. 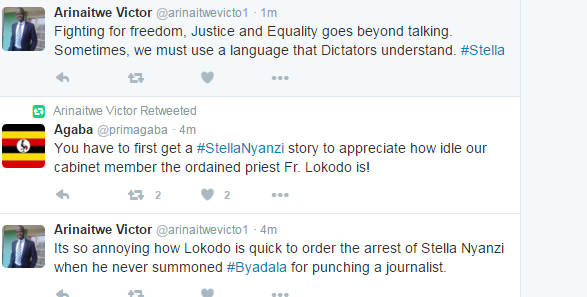