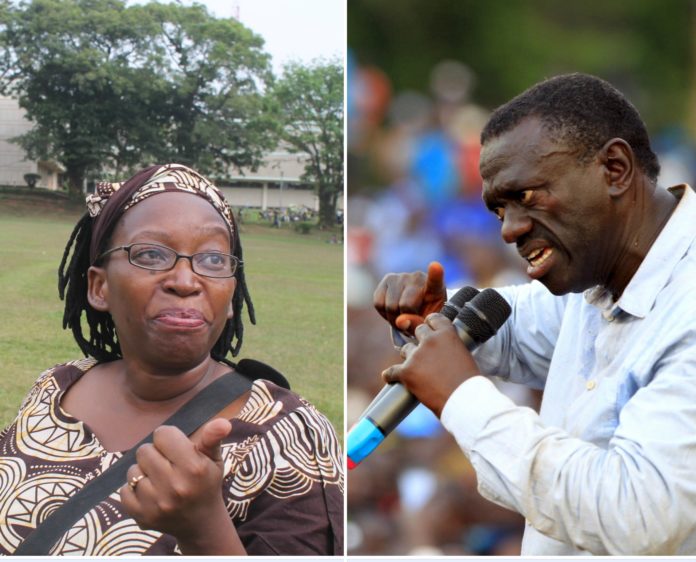 Dr. Stella Nyanzi, a senior research fellow may have done the right thing when she undressed outside the office of the director of the MISR, according to her favorite politician Dr. Kizza Besigye.

MISR boss Prof. Mahmood Mamdani said Dr Nyanzi who stripped before cameras on Monday, following the closure of her office, has been earning salary and utilizing office space for private work.

But Besigye, the ex-presidential candidate from the FDC which Dr. Nyanzi subscribes today in a press conference at his Kasangati home  defended her naked demonstration saying that she had no alternative before he revealed how he supports all non violent protests against human rights violation and that it seems she had reached a level of over pressed on to the wall.

Makerere University has since instituted an Ad hoc committee to investigate the row between the fighting MISR pair.

Meanwhile, Besigye’s FDC party has unveiled a youth group code named “red top brigade” to protect its party leaders and supporters in Kampala. The group was unveiled on Tuesday at FDC party headquarters in Najjanakumbi.

The group leader, Charles Kafero says they decided to organise themselves to defend their leaders and party supporters against attacks by police and some goons.

According to Kafeero, they will provide security to Besigye and other FDC party leaders whenever they move around Kampala alongside government security agents.