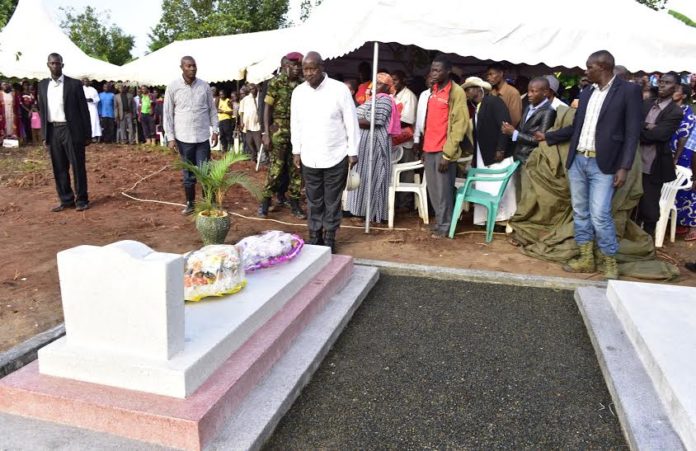 President Yoweri Museveni has called on Ugandans to use the law to solve issues related to land wrangles and avoid taking the law into their hands.

Museveni was speaking to the people of Mawala Kitebere village, Kanyanda Parish in Makulubita Sub-County, Luweero district last evening after laying a wreath on the grave of the late Samuel Babumba Majyambere who was murdered by a one Nakibinge Edward on April 7, 2016 over land wrangles.

He called on Parliament to revise and strengthen the laws on murder and rape with a view to ensuring that cases related to those crimes are restricted and stopped.

“We don’t want this kind of indiscipline. MPs should be hard on these people while revising the laws on murder and rape so that they are dealt with and stopped. Killing somebody because of land issues is not accepted” he said

Adding “You people are supposed to solve it using the law. I have come here as a sign of respect to the late Majyambere who did something for the country,”

The late Babumba Majyambere, a liberation war veteran who is said to have provided shelter to NRA rebels, including Museveni, is survived by six widows and 19 children. 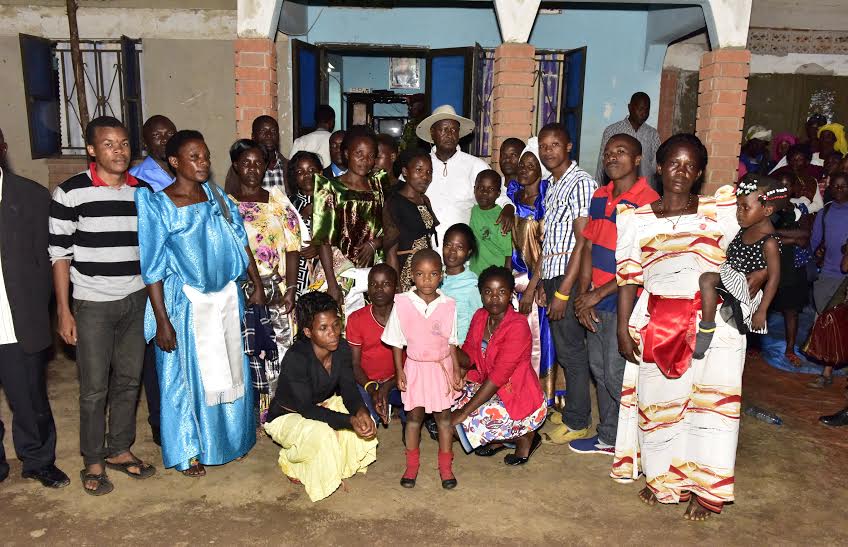 Museveni advised the people to take Operation Wealth Creation at household level very seriously so that they are enabled to generate incomes and eradicate poverty. He particularly urged residents of Mawala village in Luweero district to embrace commercial agriculture to enhance their chances of earning better household income.