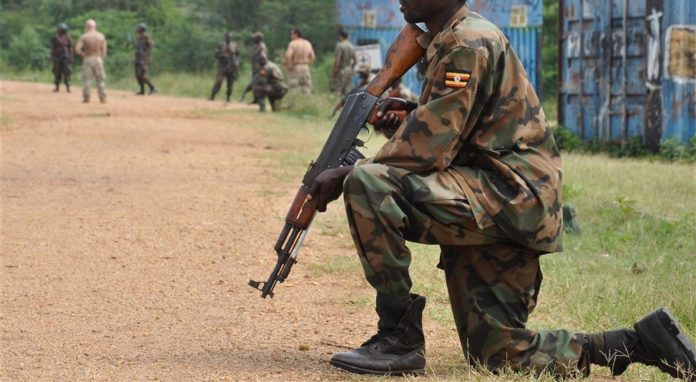 Seven people are confirmed dead following an attack by a soldier of the Uganda People’s Defence Forces –UPDF attached to 307 Infantry Brigade Headquarters at Mburamazi in Kanungu district.

The incident took place last night when Lance Corporal Moses Katoko reportedly shot indiscriminately at a people along the way to Kihihi trading centre after escaping from his duty station, with his fire arm after a domestic fight with his wife.

Lieutenant Fidel Mashumbuko, the UPDF spokesperson for Kigezi region says that the shooting spree started at around 9pm when Corporal Katoko trailed his wife, with intentions of harming her. He was then followed by a group of soldiers on a mission to apprehend him.