According to a July 4 release signed by the UMSC Director of Sharia Sheikh Yahaya Kakungulu, the main prayers will be held at the National Mosque of Old Kampala.

‘I (also) take the opportunity to congratulate the entire Muslim fraternity for having peacefully concluded the fasting of the Holy Month of Ramadhan as well as wish you a blessed Iddi El Fitri,’ Sheikh Kakungulu wrote.

In a related development the Kabaka of Buganda Ronald Muwenda Mutebi has also congratulated Muslims in Uganda upon the successful completion of the Holy Month of Ramadhan.

In conclusion the Kabaka urged the Muslims to continue with the exemplary behavior as exhibited during the fasting period. 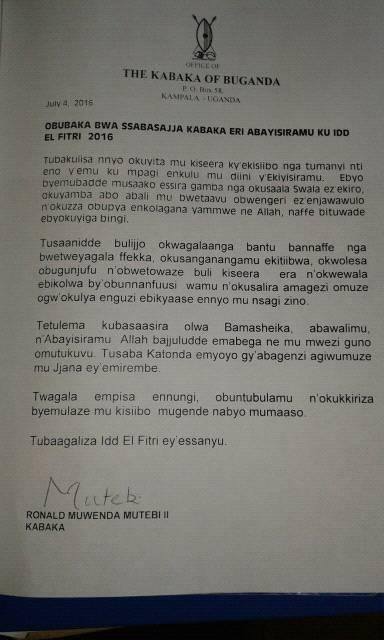